The science of epigenetics is turning what we’ve long held true about biological destiny upside down. Although it remains true that our DNA—our genetic code—provides the blueprint for our physiological makeup, researchers have discovered that there’s something extra controlling our genes—and food and herbs may in fact be the most important factors in our genetic well-being.

That extra “something” controlling our genes is the epigenome, the cellular material that sits on top of the genome (the complete set of genetic material present in a cell or organism). While epigenomes do not alter the genetic code, they direct genes to switch on (becoming active) or off (becoming dormant) through a variety of biological mechanisms. This intriguing finding means that your genetic heritage is not the primary determinant of your health, disease risk, or longevity.

In other words, whether or not you develop a disease is determined by how your genome is being directed to express itself. The abnormal gene (genotype) isn’t necessarily a player in forming the phenotype (the characteristics of an individual resulting from the interaction of the genotype with the environment). These changes in gene activity do not involve alterations to the genetic code, but are in great part determined by the choices we make. For example, increased chronic activation of the sympathetic nervous system can cause the β-adrenergic receptors to promote the metastatic phenotype in breast cancer and other cancers. So here we have a strong link between high stress behavior, and specifically lack of vagus nerve activity (the most important nerve of the parasympathetic nervous system that extends throughout the body and calms us down), determining gene expression.1

Most of these factors influencing the genome are pretty straightforward—diet, lifestyle, exercise, sleep habits, environmental factors, stress, and social relationships have all been shown to influence the expression of your genetic inheritance. Other factors, including aging, cause chemical modifications that switch genes on and off. And certain diseases, such as cancer, initiate changes that cause genes to deviate from their normal, healthy state.

The emerging field of epigenetics holds great promise for complex diseases including cancer, Alzheimer’s, cardiovascular disease, and autoimmune, reproductive, and neurobehavioral illnesses. Through the process of epigenetic reprograming, using whole foods and botanicals rich in a diversity of molecular health-promoting compounds, it is possible to rewrite the instructions to your cells, activating desirable genes while deactivating undesirable genes. As an herbalist, I’m particularly intrigued by traditional herbs and spices that exhibit epigenetic influence through protection and repair—as well as the miraculous ability to identify unrepairable cellular damage and to induce cell death through apoptosis.

Massive deregulation of all components of the epigenetic machinery is a hallmark of cancer. These alterations affect normal gene regulation and impede normal cellular processes including cell cycle, DNA repair, cell growth, differentiation and apoptosis.2

The Quality Control Theory of Aging and The ETMS

The quality control (QC) theory of aging is based on the concept that aging is the result of a reduction in QC of cellular systems designed to maintain lifelong homeostasis. Four QC systems associated with aging are 1) inadequate protein processing in a distressed endoplasmic reticulum (ER); 2) histone deacetylase (HDAC) processing of genomic histones and gene silencing; 3) suppressed AMPK nutrient sensing with inefficient energy utilization and excessive fat accumulation; and 4) beta-adrenergic receptor (BAR) signaling and environmental and emotional stress. Reprogramming these systems to maintain efficiency and prevent aging would be a rational strategy for increased lifespan and improved health.4

The “Quality Control Theory of Disease & Aging” represents the need for a comprehensive botanical and nutritional plan, such as I recommend in the Eclectic Triphasic Medical System (ETMS). (For more information on the ETMS, see my posts The ETMS Toolbox and The ETMS Approach To A Healthy Diet.) 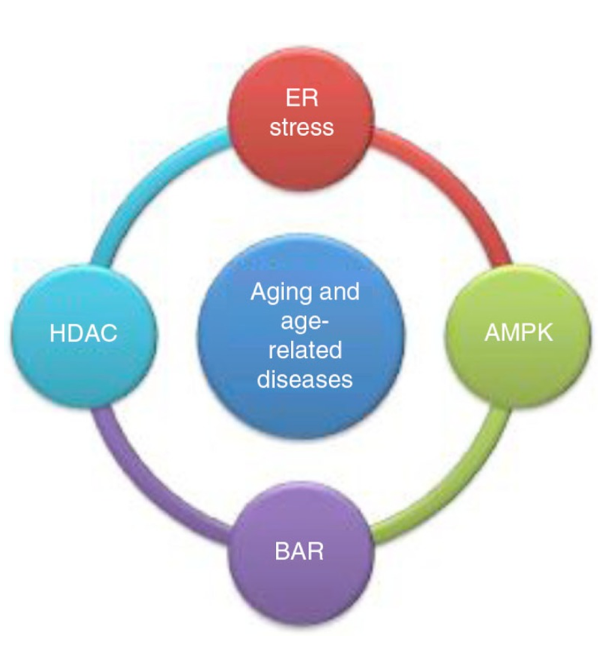 Many natural compounds derived from medicinal herbs (ranging from polyphenols and flavonoids to mineral salts), inhibit the growth and development of various cancers by targeting multiple genetic and epigenetic alterations.

Plant-derived epigenetic modulators are like jazz musicians, who improvise according to harmonic structure, melody, rhythm, tempo, and the “feel” of a song, all the while listening to everything going on within and around which is in constant flux. The bandleader of botanical epigenetic modulators is the “Life Force,” and their mission is to normalize and aid in innate auto-regulation.

Plant-derived epigenetic modulators have numerous intracellular targets, including the cellular processes of proliferation, differentiation, cell death, inflammation, angiogenesis and invasion; the targets also include the mechanisms of inflammation and carcinogenesis. These pleiotropic effects may be the reason why botanical epigenetic modulators are efficient at killing tumor cells presenting multiple alterations of their regulatory mechanisms, but have limited toxicity on normal cells.5 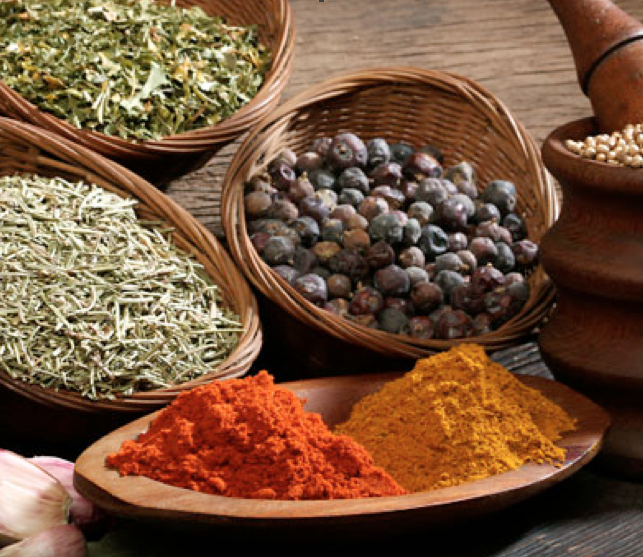 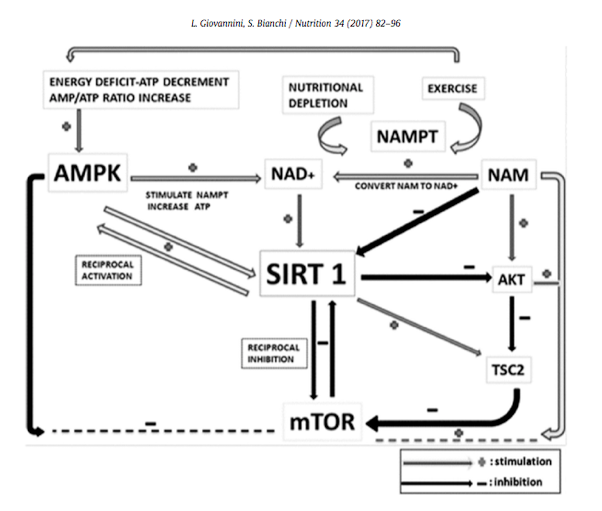 Sirtuins, such as SIRT1, have been implicated in the regulation of molecular mechanisms of oxidative stress, obesity, cancer, and in aging in general. The overexpression of sirtuin enzymatic activity leads to an increase of lifespan in Saccharomyces cerevisiae and Caenorhabditis elegans.  Sirtuins have also been proposed to act as sensors for glucose uptake that respond to the levels of NAD(+) but more complex ways of action have been suggested as well.8

AMPK transcriptionally regulates energy expenditure. The implication of SIRT1 in the transcriptional actions of AMPK provides a possible explanation for the overlapping metabolic effects of SIRT1 and AMPK activators. Furthermore, the interplay between SIRT1 and AMPK might be reciprocal, as specific SIRT1 agonists promote fatty acid oxidation and indirectly activate AMPK through metabolic adaptations.9

In my next post, I’ll discuss in detail botanical compounds that offer great promise in the exciting field of epigenetic reprogramming.