In my last post, I broadly discussed the exciting field of epigenetics, which is radically changing the landscape of what we’ve long believed about genetics and biological destiny. Emerging research shows that food and herbs may be the most important factors in our genetic well-being, directly affecting our health, disease risk, and longevity.

As a clinical herbalist, I find the relationship between herbs and epigenetics particularly compelling. A large body of research shows that a wide array of botanical compounds work in a variety of ways to maintain health at the cellular level, and offer great promise in improving our molecular expression, protecting against cellular stressors and aging by normalizing gene behavior. We cannot change the genes we have, but we can positively alter the fate and behavior of our genes by supplying them with beneficial herbal and dietary compounds.

As a traditional herbalist schooled in the Vitalist Tradition, I believe that “the sum of the parts is greater than any single part.” For this reason, I prescribe combinations of herbs and herbal isolates customized to the individual. A typical protocol includes crude herbs for tea, liquid herbal extracts, concentrated powdered herbal extracts, and isolates. The vast majority of research today focuses on isolated compounds, but in my experience people experience the greatest benefits from concentrated whole herbs instead of just the isolate.

In my clinical practice, I use whole plant extracts, rich in the specific plant compounds deemed beneficial, or I combine the isolates with powdered extracts, in either a 4:1 or 8:1 concentration. I do this for several reasons: First, the beneficial effects are often superior and more diverse than are provided by a single isolate; second, the whole plant often contains compounds that buffers or reduces the harshness or potential toxicity that the isolate may possess; and third, out of respect for the gift of the whole herb.

There are significant differences between the actions of drugs and that of botanical medicines (which are often standardized to an active isolated compound). Drugs block a pathway, or perform a single function; whereas herbs suppress, buffer or lend a helping hand. Drugs are placed and function, while herbs are positioned and enhance response. Drugs often have a single action (although some newer cancer drugs target several pathways), whereas herbs can affect hundreds or even thousands of pathways. Drugs even when used properly have side effects and toxicity, while herbs have little to no side effects or toxicity when used properly by a professional herbalist. Finally, our genes recognize herbs, whereas drugs are new to our genes and our bodies often struggle with what to do with them and how to properly detoxify them.

Botanicals (including herbal isolates) have been shown to demonstrate pleiotropic effects, possessing the unique ability to address a multitude of molecular mishaps, while concurrently strengthening the innate Life Force.

The following botanical compounds and botanicals are some of those I use extensively in my clinical practice:

Curcumin, a naturally occurring flavonoid derived from turmeric root, has been widely studied for its anti-cancer and chemopreventive properties. Turmeric has a long history of culinary use (it’s the ingredient that gives Indian curries their characteristic golden color), and the beneficial medicinal properties of the herb have been recognized for centuries. 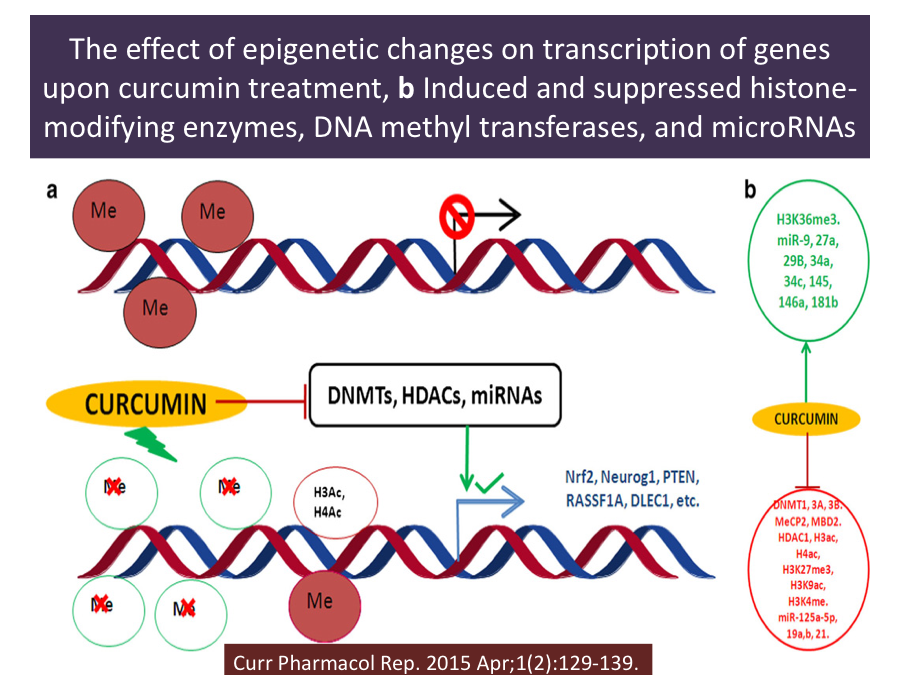 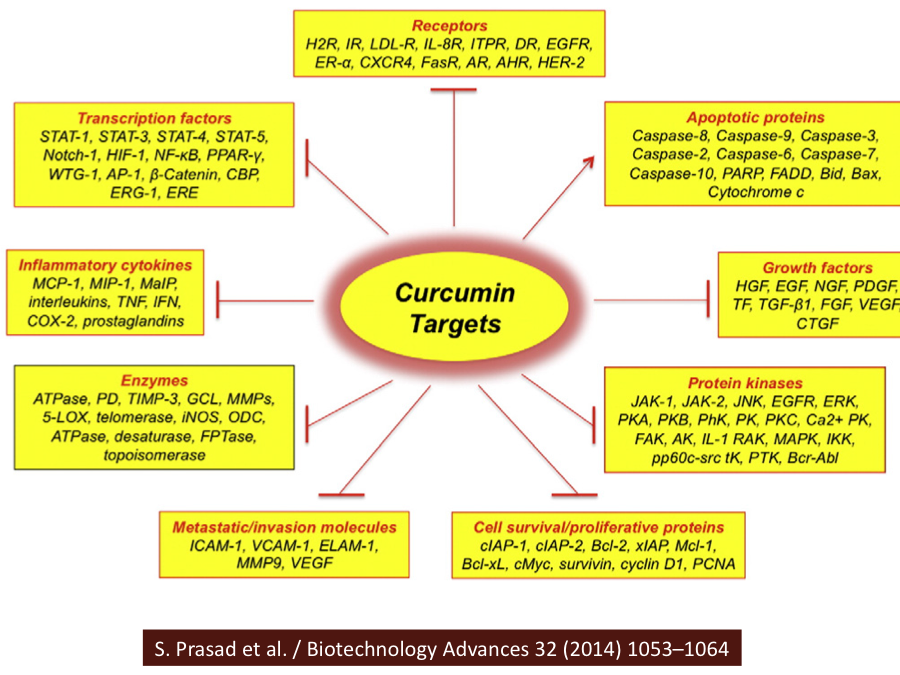 The epigenetic regulatory roles of curcumin include:

The scientific evidence from in vivo studies clearly supports the potential of curcumin in chemoprevention strategies against various types of cancer, including breast, colorectal, pancreatic, prostate, and lung cancers. 9-13

(−)-Epigallocatechin-3-gallate (EGCG), the most abundant and active polyphenol of green tea (Camellia sinensis), has been extensively studied for its anticancer properties, including anti-oxidant, anti- inflammatory, anti-proliferative, anti-invasive, antiangiogenic and pro-apoptotic effects.

Green tea modulation of genes involved in initiation, promotion, and progression of cancer:

EGCG interferes with various paths and cell signaling pathways involved in the proliferation and survival of tumor cells, such as the Raf/MEK/ERK, PI3K/Akt/mTOR, and NF-kB pathways, in addition to matrix metalloproteases (MMPs) and COX-2. Positive data obtained from multiple in vitro and in vivo studies suggest that EGCG could have a role in chemoprevention.14-18

Over the past decade, researchers have studied the epigenetic effects of EGCG that might account for its anti-cancer activities:

Resveratrol is a well-known polyphenol found in grapes and grape products such as red wine. By modulating various pathways important for cancer development, resveratrol has been shown to display anticancer properties mediated by anti-oxidant and anti-inflammatory activities, inhibition of cell proliferation, induction of anti-angiogenic response, and increased rate of apoptosis.22 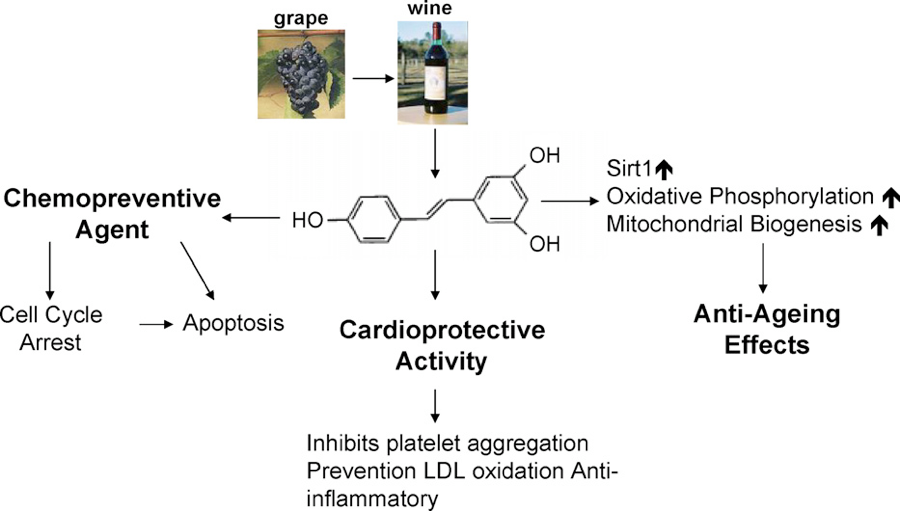 Well-designed preclinical and clinical studies suggest that resveratrol possesses health-promoting benefits, especially in the prevention of various pathologies including cancer.23 Multiple studies have demonstrated that resveratrol acts as a SIRT1 (special genes that repair DNA, and regulate inflammation, metabolism and the aging process). The cancer preventive effects of resveratrol are dependent on SIRT activity.24 For instance, resveratrol poorly protects SIRT1-null mice bearing the Apc(min) mutation of developing tumors.25 In addition, resveratrol appears to reduce DNMT1 expression and methylation of RARβ and PTEN genes, also associated with cancer.26-28

Because botanical compounds such as curcumin, EGCG, resveratrol, and quercetin exhibit synergestic effects, rather than take them as separate supplements, I combine them and add complementary concentrated botanical extracts such as rosemary, ginger, holy basil and grape seed.

Feverfew (Tanacetum parthenium L), a member of the chrysanthemum family, is rich in the compound parthenolide, which is well known for its ability to prevent migraine headaches. Studies show that parthenolide is an antitumor and anti-leukemia agent with diverse mechanisms.32-36

Research has identified the following anti-cancer effects of parthenolide:

Parthenolide (PTL) is currently being tested in cancer clinical trials. Structure-activity relationship (SAR) studies of parthenolide have revealed key chemical properties required for biological activities and epigenetic mechanisms, and led to the derivatization of an orally bioavailable analog, dimethylamino-parthenolide (DMAPT).

Sulforaphane (SFN) is a dietary isothiocyanate found in cruciferous vegetables such as broccoli, kale, and watercress.

Each of these provide 150 mg. of sulforaphane: 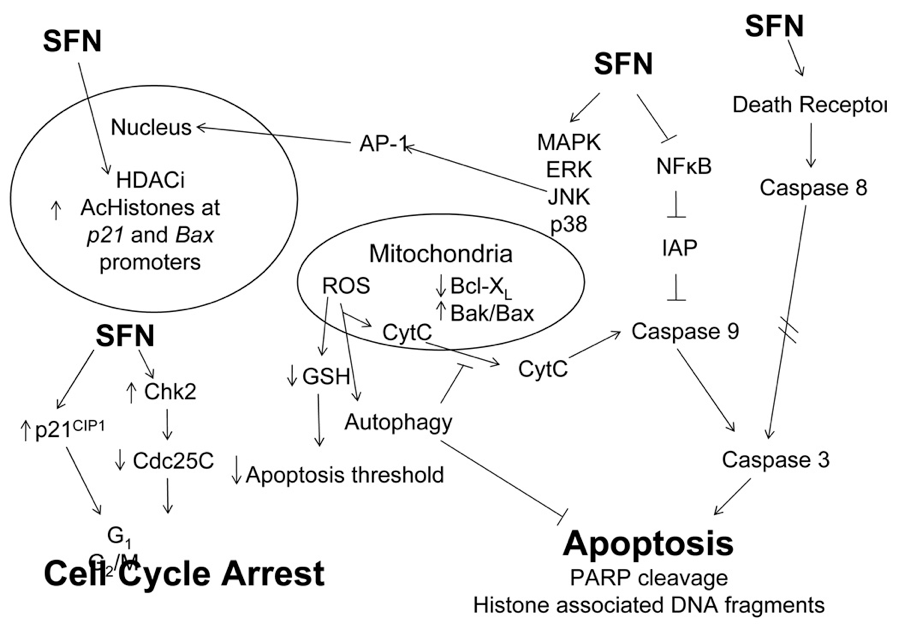 Accumulating evidence suggests that the anti-cancer properties of sulforaphane could be at least partially mediated by its effect on epigenetic mechanisms. Indeed, sulforaphane is a well-described HDACi increasing total and promoter-specific histone acetylation in cancer cells and in human subjects.39,40

3,3’-Diindolylmethane is a digestive product of indole-3-carbinol found in cruciferous vegetables. Indole-3-carbinol is a well-recognized chemopreventive agent displaying many biological activities such as inhibition of inflammation, angiogenesis, decrease of proliferation, and promotion of tumor cell death.43,44 Data suggests that these effects might be due, at least partially, to the inhibitory effect of 3,3’-diindolylmethane on HDAC activity by inducing proteasome-mediated downregulation of several HDAC isoenzymes (HDAC1-3, 8).45

Butyrate and its derivative sodium butyrate is a short-chain fatty acid generated during gut flora-mediated fermentation of dietary fibers, where it serves as energy to colonic cells. In the 70s, butyrate was initially described to promote cell differentiation and then reported to inhibit HDAC activity and to cause rapid histone hyperacetylation in leukemia cells.46 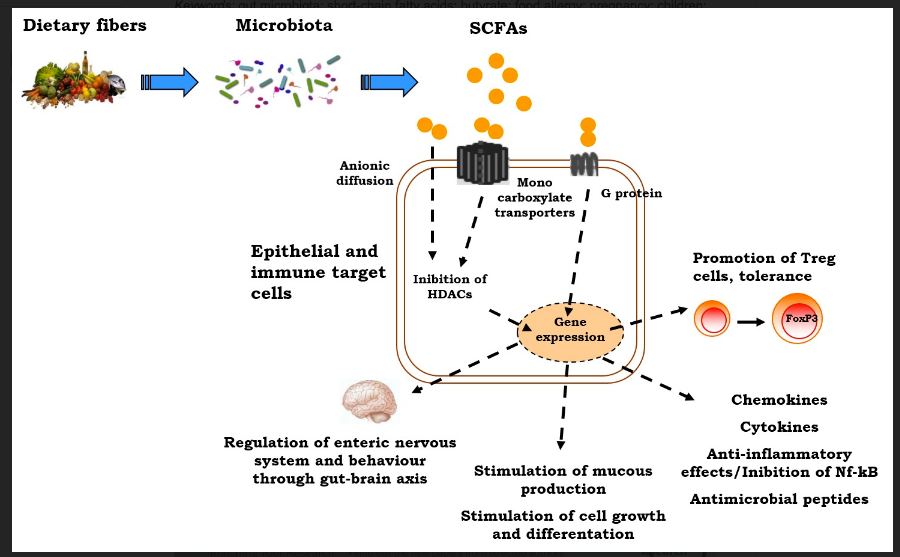 Based on these observations, researchers believe butyrate has the potential to prevent inflammation-mediated ulcerative colitis and colorectal cancer by a lifelong exposure to dietary fiber. Besides its HDACi inhibitory activity, butyrate was more recently highlighted to induce DNA demethylation most likely related to changes in chromatin structure. Several butyrate derivatives acting as HDACi are also undergoing clinical trials such as sodium phenylbutyrate and pivaloyloxymethyl butyrate (Pivanex, AN-9).49 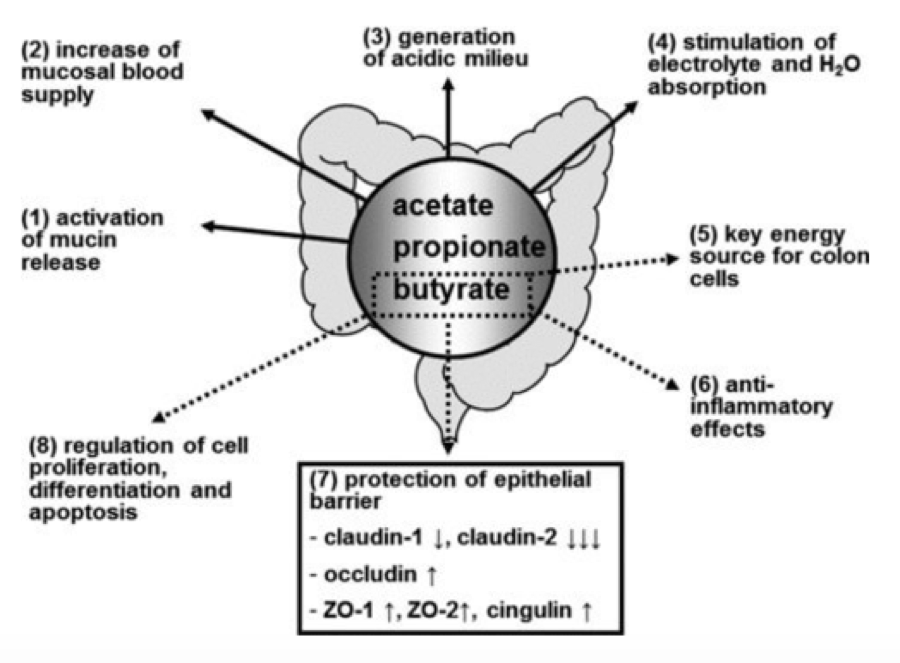 Berberine, a plant alkaloid, is found in goldenseal (Hydrastis canadensis), Oregon grape (Berberis aquifolium), barberry (Berberis vulgaris), and Chinese goldthread (Coptis chinensis). Long valued in botanical medicine for its antimicrobial properties, thousands of research studies over the past decade indicate that berberine may have clinical applications in a broad range of conditions, including cancer.

Piceatannol (3, 3′, 4, 5′-trans-trihydroxystilbene), a naturally occurring hydroxylated analogue of resveratrol, is less studied than resveratrol but displays a wide spectrum of biological activity.  The cancer preventative agent resveratrol is converted to piceatannol by the cytochrome P450 enzyme CYP1B1.

In addition to redox/antioxidative effects, piceatannol exhibits potential anticancer properties as suggested by its ability to suppress proliferation of a wide variety of tumor cells, including leukemia, lymphoma, melanoma, and cancers of the breast, prostate, and colon. The antitumor, antioxidant, and anti-inflammatory activities suggest that piceatannol might be a potentially useful nutritional and pharmacological biomolecule.51,52

I find it tremendously exciting to consider the possibilities for botanical medicine as it applies to the evolving field of epigenetics. Through the process of epigenetic reprograming, research indicates that we can use whole foods and botanicals rich in a diversity of health-promoting compounds to affect cells on the molecular level. This may be the key for preventing and managing complex diseases such as cancer, Alzheimer’s, cardiovascular disease, and autoimmune, reproductive, and neurobehavioral illnesses.

One Reply to “Specific Botanicals for Epigenetic Reprogramming”

“Everybody needs beauty as well as bread, places to play and pray in, where nature may heal and give strength to body and soul.” - John Muir