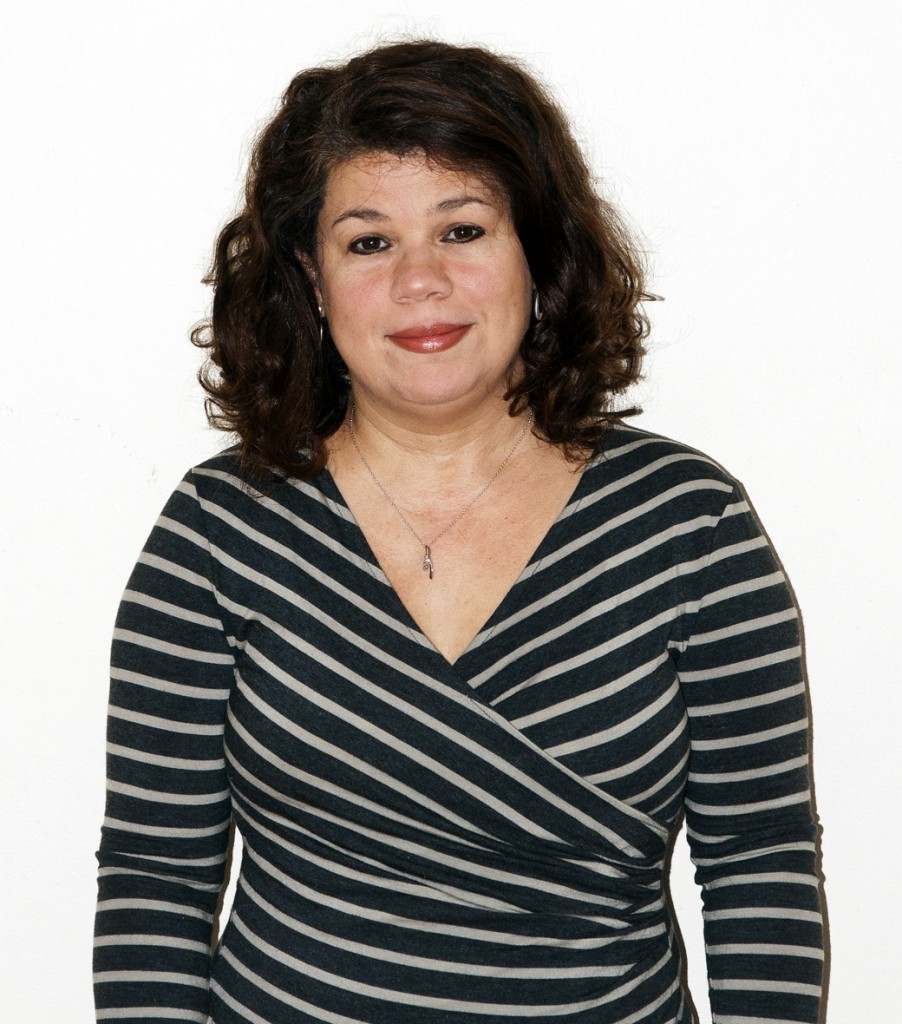 I recently received a letter from my oncologist; he said there is no evidence that I have cancer! Other people could call me a survivor, but my spiritually-minded father had taught me well, and although I respect what the term means to other people, that is not how I see myself. At the end, you can only say that you live if you have experienced fully all that comprises your life. That is one of Donnie Yance’s most unique teachings.

Donnie is not focusing on just fixing your health issue. His understanding is that an illness is not rooted only in a physical condition. The journey to health involves much more, and when you are on the right path you can “thrive instead of survive.”

Hopefully, someday the standard health of care will become more like Donnie’s vision and practice. Donnie brings a loving heart, compassion and understanding; he knows how to listen and has flexibility. He knows that not all patients are the same. He is guided by his spiritual intuition and strong healing energy that allows him to connect and understand the root of the illness in a specific person.

Here’s my story: In 1999, I was diagnosed with Ductal Carcinoma in Situ. I underwent several surgeries and had thirty radiotherapy treatments. Three years later, the doctors found another a lump. This time, it was a Colloidal Carcinoma with an extensive in-situ component more aggressive and near the nodes. My doctor proposed lumpectomy with radiation again, but I decided I was not going through that again. So, I asked him if I could have a bilateral mastectomy. He surprised me when he immediately told me, “Yes, it is a good idea.”

He explained the benefits of mastectomy with reconstruction and got me an appointment with a plastic surgeon. I had the mastectomy and DIEP Reconstruction, and I am very grateful that I had found it. It is a very innovative surgery for breast reconstruction.

In 2007, I rescued a Labrador dog. He was very sick and in helping him, I got mange. Anyone could say that this is so unfortunate but in reality, it probably saved me. As I started scratching myself, I discovered a lump. I took a battery of tests and found out that I had nodules in my thyroid, breast and lung. The cancer had spread.

It is one thing to learn that you have cancer and another to find out that it has returned and spread. Since I was first diagnosed, I always tried to research and read about cancer and treatments. When I received this news, I surfed the internet and prayed to God to give me guidance, asking that I would be able to see the good that God had for me. And so he did. I discovered Donnie Yance and one of his papers on cancer.

At that time, I decided to opt solely for Donnie’s “holistic” and integrative approach to healing. As you read at the beginning, there is now no evidence of cancer in my body. I am very grateful to Donnie and all the family that is the Centre for Natural Healing. Even more so, when later some of my family members were also diagnosed with cancer. My sister-in-law, father, and sister have all been helped by the Centre.

We are very thankful to Donnie Yance and the practitioners that work with him, and to all the people that make the Mederi Centre for Natural Healing what it is. 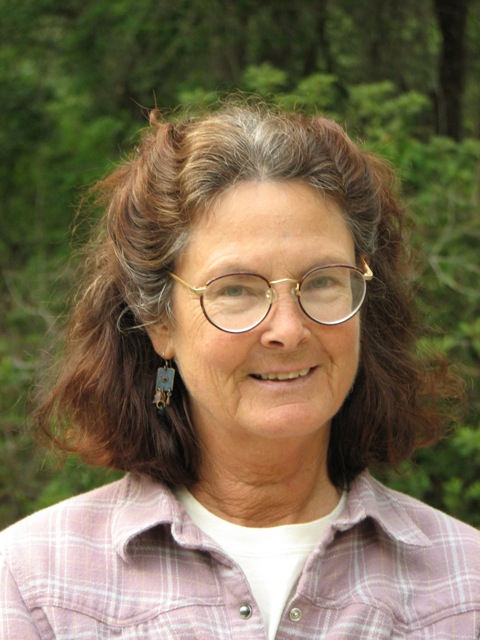 In 2000, five years after a mastectomy, my other breast had developed invasive ductal carcinoma. Now I was one of those women whose life had a permanent partner called cancer. This time I was a little older, and a lot wiser. I had learned that I didn’t have to put up with insensitive doctors and isolation. From a nurturing network of women in the American Cancer Society who explained what everything meant, to groups who provided retreats, I felt both cared for and not alone. This was my new family, and I had earned my way into it. We all had.

At the same time, I began my association with Donnie Yance and the Centre for Natural Healing. My dear neighbor Russ had been with Donnie ever since the doctors had sent him home to die of the cancer they could not heal. Six years later, Russ was well and happily living his life when I sought out Donnie for assistance with my own cancer.

I had had it with the impersonal treatment of doctors and institutions that seemed to focus on the disease more than on my all-around well-being. I got to thinking, “When was the last time a doctor looked me in the eye and asked, sincerely caring, ‘How are you doing? What concerns you? How are you feeling? How are your moods?’”

Donnie always asks, always cares, and always thinks of ways to help me physically and spiritually. He wants to make the whole me well, and he expects me to do my part. I like that. I like being treated as a person who must take responsibility for her life.

Because I am fortunate now in also having an oncologist who is caring, I feel I have the best of both approaches to wellness. Both Donnie and Beth respect the other’s methods.

I’ve been with Donnie for more than ten years. I take his supplements, drink my tonic, take his advice regarding my blood work. In these years I’ve been healthier, and also hardier, spiritually. I’m not a religious person by any standard definition, but Donnie’s spirituality resonates with my own belief that I must do my best to make myself better.

And Russ? With Donnie’s care, he lived doctor and hospital-free for fifteen good years, well into his eighties, free of cancer, healthy, and happy. 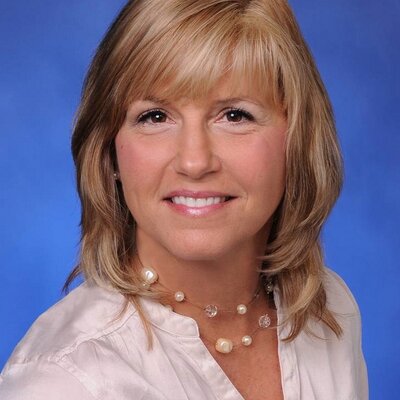 Angie and her husband, Mike, did not know Donnie and had never heard about the Centre for Natural Healing until Mike discovered them when doing research on treatment options. The DiPaula’s were not familiar with Donnie’s approach to cancer or with holistic medicine in general. Angie says, “We took a step out on faith when my husband came to me and said ‘this is the guy we need to go with.’”

Angie started the ETMS approach in the middle of May. She was somewhat taken aback when she received her protocol and realized the commitment involved in following it. With her serious diagnosis, however, she felt she needed to trust Donnie and follow his advice. “I did exactly what he told me to do every day without fail, which was very challenging.”

She had an immediate positive response to the protocol. By the time Angie was scheduled for surgery in the fall, the tumor in her colon was gone! There were just two tumors on her liver that were in the process of dying but needed to be removed. When she was initially diagnosed, the doctors had told her there were so many tumors on her liver, there were too many to count.

After surgery, it took some time for Angie to get back on her feet. “Once again Donnie guided me through an incredible recovery.”

During twelve months of intense chemotherapy and fifteen more months of “maintenance chemotherapy,” the protocol Donnie had Angie on protected her organs from the severe side effects of chemotherapy. “Through Donnie’s advice and of course a strong spiritual belief, I am 99% normal today and have been for quite some time. I have been off of all medication since July 2010.”Angie’s medical status is now “NED” – no evidence of disease.

Angie DiPaula says, “Thank you Donnie and the Centre for Natural Healing for giving me Life!

In March 1997, Mark Powers received a devastating diagnosis. He had brain cancer, and the doctors estimated that he would live a year, or at most, a year and half. After two surgeries, Mark began consulting with Donnie Yance and taking the herbal protocol that Donnie prescribed.

Although Mark always had a positive attitude in life, he says that the opportunity to look at life and his diagnosis with Donnie in a different and more positive way than the doctors’ was of tremendous value. When he first met Donnie, Mark felt that if somehow he could have ten more years of life, he’d be happy.

“The herbs and supplements Donnie gave me are why I’m still here today, fourteen years later!”

Mark used to see his surgeon every three months for a check up and MRI. Now, he goes in for check-ups only once every two years. “The doctor keeps telling me I’m way beyond anybody he has ever treated. The doctor says, ‘I have no idea how to look at it.’” Mark believes the only explanation is Donnie’s help.

Because of his illness, Mark couldn’t really talk during the initial consults with Donnie fourteen years ago. His wife, Susan, wife did the talking then. Now, Mark carries on quite well conversationally.

In the past, Mark was unable to stay outside for long periods of time without getting headaches. He and Susan bought a house in New Hampshire several years ago, an old fixer upper. The house keeps him busy. Even though he has difficulty reading, he buys books with lots of pictures, and maintains and repairs electrical and plumbing projects. He also stays in shape by jogging.

One to two times per week, Mark goes to his local hospital to volunteer. He works the information desk and enjoys helping others.

Mark Powers credits the healing effects of Donnie and the ETMS for enabling him to live his current vibrant and rich life, so many years beyond his initial prognosis.