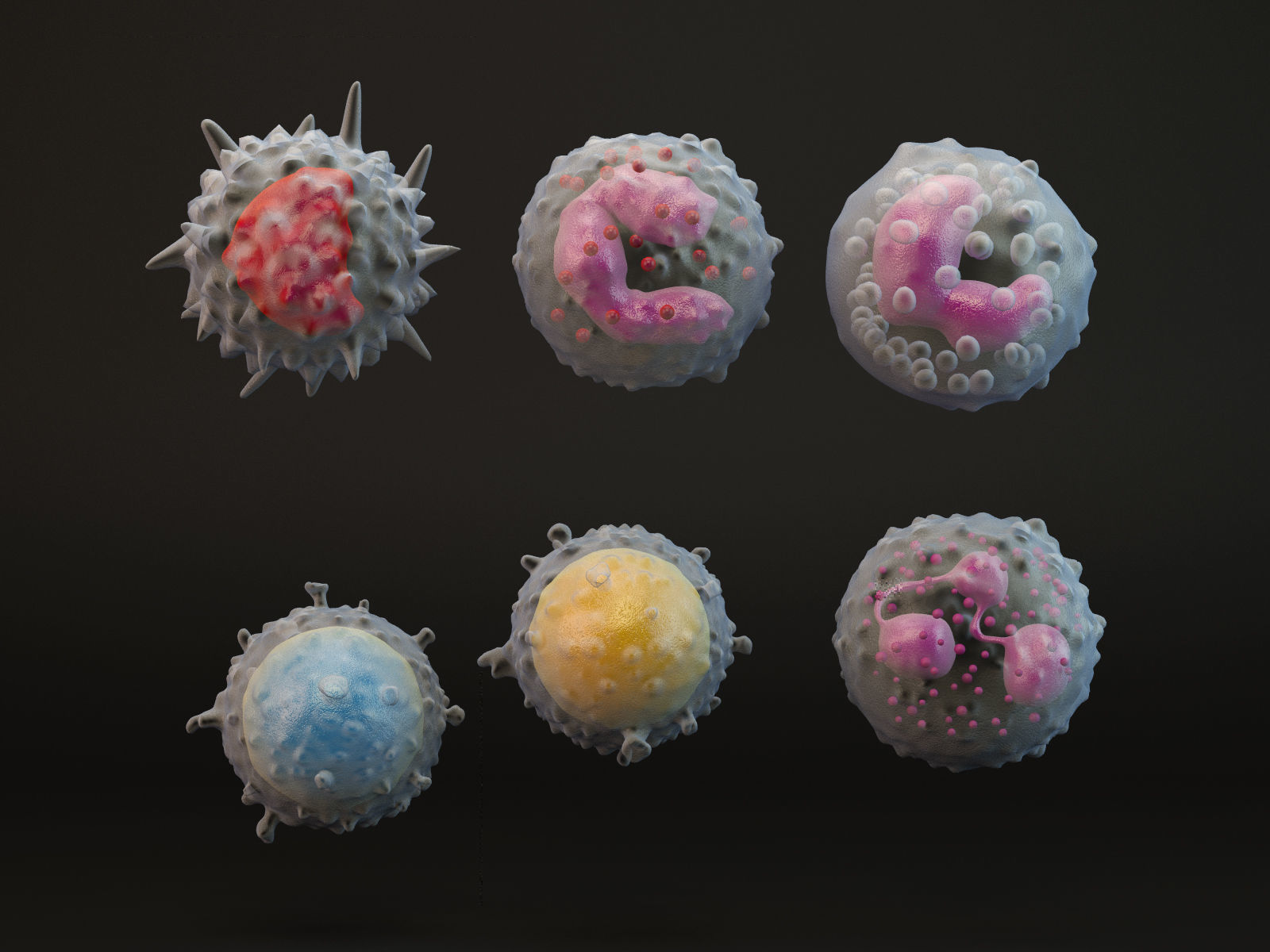 A large body of research (as well as my clinical observations) point to chronic inflammation as a powerful force in the initiation, growth, and spread of cancer. As a result, an essential component of my protocol for health includes addressing inflammation.

As I discussed in part 1 of this series, there are three points to consider when evaluating the role of inflammation in cancer. First, a chronic inflammatory state can initiate cancer development. Second, it’s important to discover and address the root cause of the inflammation—for example, pathogenic (chronic infection), life-style, stress, and/or poor dietary habits. And third, recognize that the cancer itself creates inflammation—as the cancer energy mutates and gains intelligence, it manipulates the immune system, creating a pro-inflammatory micro-environment favorable to cancer growth. 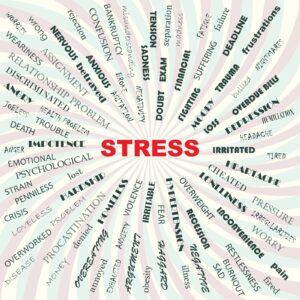 Research indicates that the systemic manifestations of inflammation can provide a valuable biomarker for prognosis and treatment stratification. In particular, numerous studies indicate that a simple indicator of systemic inflammation—based on neutrophilia and/or lymphocytopenia—can provide prognostic information in a wide range of cancer types. In particular, the value of one index (the dNLR) derived from total white cell and neutrophil counts, is enabling large retrospective studies to be carried out.

White blood cell (WBC) count is one of the useful inflammatory biomarkers in clinical practice. For example, even if WBC is within normal range, subtypes of WBC including N/L ratio may predict cardiovascular mortality.

Here’s one example of how the N/L ratio can be useful as part of the evaluation of a specific cancer and the treatment protocol: not only N/L ratio but also mean platelet volume, red cell distribution width (5), platelet distribution width, CRP, uric acid and gamma-glutamyl transferase (6) are easy markers to evaluate the prognosis of colon cancer patients (7). However, one should keep in mind that N/L ratio itself alone without other inflammatory markers may not give exact information to clinicians about the prognosis of colon cancer patients. (8,9).

It is well known that most malignant tumors contain a significant amount of leucocytic infiltrates, which are linked to poor patient prognosis. These leucocyte populations are recruited to tumors by chemotactic factors released by either viable or necrotic tumor cells, or by cells within the tumor stroma.

Most studies have analyzed the role that tumor-associated macrophages (TAM) have on tumor progression. However, there is now increasing evidence that neutrophils also actively participate in this process. Research indicates that neutrophil-derived factors can promote genetic mutations leading to tumourigenesis and secrete factors that promote tumor cell proliferation. There is now also substantial evidence to show that neutrophils, like TAM, significantly affect tumor angiogenesis.

There are several mechanisms by which neutrophils recruit various cells into the tumor and induce tumor vascularization by the secretion of powerful pro-angiogenic factors. An important anti-tumor target for combating tumor-associated angiogenesis should include inhibiting neutrophil recruitment (10).

The following are some of the most compelling studies on the relationship of cancer and inflammation to date:

Both neutrophils and lymphocytes are known markers of inflammation, a predictor of worse outcome regardless of tumor type, according to David Goldstein MD, University of New South Wales, Sydney, Australia, and colleagues.

In a retrospective analysis of 160 adult patients undergoing liver transplantation for hepatocellular carcinoma (HCC), researchers found that elevated neutrophil-lymphocyte ratio (NLR) at the time of diagnosis predicted survival of patients with (HCC) after liver transplantation (LT). They defined an elevated NLR as a ratio of 5 or greater.

The researchers found that preoperative NLR is a powerful independent predictor of overall survival and recurrence-free survival in patients undergoing LT for HCC. They suggest that measurement of NLR could serve as a useful and easily obtained adjunct to the Model for End-Stage Liver Disease score and Milan criteria when evaluating this patient population and determining which patients will gain the most survival benefit from transplantation (12). 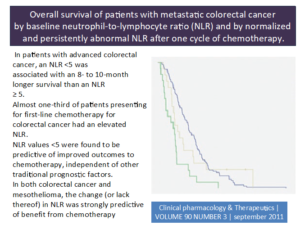 An increased preoperative peripheral blood neutrophil-to-lymphocyte ratio (NLR) is independently associated with decreased overall survival (OS) in patients with high-risk melanoma (stage IIB to III), according to study results presented at the 68th Annual Meeting of the Society of Surgical Oncology (SSO).

The research team identified 835 patients with high-risk, non-metastatic melanoma. The median NLR was 2.73. Patients with ratios above and below this value were classed as high NLR and low NLR, respectively.

The accumulation of inflammatory cells around neoplasms appears to be significant in the development of tumors and in patient prognosis, the researchers noted. A high density of lymphocytes in the tumor stroma (i.e., lower NLR) has been associated a better clinical outcome; the presence of more neutrophils (i.e., higher NLR) has been linked with poor clinical outcome. The shifting content of circulating white blood cells, including neutrophils and lymphocytes, in the vicinity of a tumor can reflect the systemic inflammatory response.

Absolute numbers of these cells can fluctuate to different degrees on a daily basis, however. Determining the NLR, which represents the relative value of neutrophil and lymphocyte counts, more accurately reflects fluctuations between neutrophils and lymphocytes, and can better gauge the anti-tumor efficacy of the host immune system. The researchers expressed hope that the parameter could be developed therapeutically, with elevated NLR triggering a more intensive therapeutic course (15).

In this retrospective evaluation, researchers studied 173 patients with malignant mesothelioma (MM) undergoing systemic therapy, including 119 patients receiving first-line therapy and 54 patients receiving second- or third-line therapy. Forty-two percent of patients had an elevated NLR at baseline. After multivariate analysis, histologic epithelioid subtype [hazard ratio (HR) = 2.0; 95% confidence interval (CI) = 1.3-2.9; P = 0.001], and NLR less than 5 (HR = 2.7; 95% CI = 1.8-3.9; P < 0.001) remained independent predictors. The 1-year survival rate was 60% versus 26%, whereas the 2-year survival rate was 34% versus 10% for NLR less than 5 and 5 or greater, respectively.

In this study, researchers retrospectively reviewed the medical records of 286 patients who underwent radical cystectomy for bladder cancer. Age, gender, pathologic stage, lymph node involvement, preoperative hydronephrosis, histologic sub-type, surgical margin status, and lymphovascular invasion were recorded for each patient. Univariate and multivariate analysis were performed to determine the prognostic value of the preoperative clinical and laboratory parameters on disease-specific survival (DSS). Additionally, the correlation between leukocytosis and other factors were evaluated.

Researchers retrospectively examined the NLR in a cohort of 309 newly diagnosed multiple myeloma (MM) patients treated upfront with novel agents. NLR was calculated using data obtained from the complete blood count (CBC) at diagnosis and subsequently correlated with PFS and OS. The median NLR was 1.9 (range 0.4-15.9). Higher NLR was independent of international staging system (ISS) stage, plasma cell infiltration or cytogenetics. The 5-year PFS and OS estimates were, respectively, 18.2 and 36.4 % for patients with NLR ≥ 2 versus 25.5 and 66.6 % in patients with NLR < 2.

The researchers concluded that NLR is a predictor of PFS and OS in MM patients treated upfront with novel agents. NLR can be combined with ISS staging system to identify patients with dismal outcome. However, larger cohorts and prospective studies are needed to use NLR as additional parameter to personalize MM therapy in the era of novel agents (18).

A post hoc exploratory analysis of COIN arms A and C was performed. Landmark analysis was conducted on all patients with available WBC and neutrophils data. The dNLR was calculated using a formula which has previously demonstrated predictive power in cancer patients: dNLR=ANC/(WBC−ANC). A high dNLR was

defined using a cut-off value of 2.22. Derived neutrophil to lymphocyte ratio was then correlated with clinical outcomes. Survival curves were generated based on dNLR using the Kaplan–Meier method. Comparison between groups was performed using Cox regression.

A total of 1630 patients were assigned to the continuous (N=815) or intermittent (N=815) arms. Researchers found a strong association between dNLR level and OS. The median survival times in the ITT population were 18.6 months and 12.5 months for patients with low and high dNLR, respectively (HR=1.70; 95% CI=1.52–1.90; P<0.001). The estimate of the hazard ratio did not alter substantially (HR=1.54) after adjusting for treatment, tumor status, number of metastatic sites, alkaline phosphate and platelet count.

The researchers concluded that derived neutrophil to lymphocyte ratio is strongly prognostic for survival in the COIN intermittent vs continuous treatment arms (19).

Determining prognosis in advanced cancer is of key importance. Various prognostic scores have been developed. However, they are often very complex. In this study, we evaluated the feasibility of neutrophil/lymphocyte ratio (NLR) as an index to estimate survival in terminal cancer patients.

Mean NLR was significantly higher in patients who died within 4 weeks (29.82) than in those who lived more than 4 weeks (6.15). The NLR cutoff point was set at 9.21 according to receiver operating characteristic curve analysis (area under the curve, 0.82; 95 % confidence interval, 0.79-0.85). We inferred that life expectancy would be<4 weeks when NLR>9.21.

The researchers concluded that NLR appears to be a useful and simple parameter to predict the clinical outcomes of patients with terminal cancer (20).