“There are people in the world so hungry, that God cannot appear to them except in the form of bread.” ~Mahatma Gandhi

In my post last week on the many benefits of bread, I promised that I would share with you more in-depth information on the particular health benefits of bread. As I discussed in my last post, many people have given up bread in the erroneous belief that grains are unhealthy. Nothing could be further from the truth (unless, of course, you have an allergy to grains).

I enjoy bread and consider it to be an important part of my diet. But I would never consume the refined, processed creations that masquerade as bread in grocery stores and restaurants. There’s no question that those types of bread products are detrimental to your health.

“How can a nation be great if its bread tastes like Kleenex?” ~Julia Child

The trouble with wheat is that most people consume it in unhealthy forms. This isn’t the fault of the grain, or of bread, but of what we have done with it. We’ve done the same with many other foods—for example, rancid, refined polyunsaturated fats and refined sugars, which include mostly white sugar from sugar cane and high fructose corn syrup. Commercial bread often contains all of these unhealthful ingredients, along with preservatives, artificial coloring, and dough conditioners to make the process of kneading faster and cheaper. To add insult to injury, because all of the nutrients have been stripped out of the whole grain, a handful of synthetic nutrients are added back to the dough. Various B-vitamins including folic acid are frequently added to commercial breads, which for many people with methylation issues adds further to the unhealthy aspects of commercial bread.

Now let’s talk about the health benefits of REAL whole-grain bread created from freshly ground grains and made in the traditional way.

“The smell of good bread baking, like the sound of lightly flowing water, is indescribable in its evocation of innocence and delight.” ~M.F.K. Fisher

This might come as a surprise, but research shows that whole grains contain a wealth of phytochemicals that are equal to or higher than those found in vegetables and fruits.

Whole Grains Are A Good Source Of Protective Phytochemicals 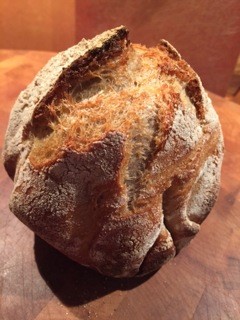 In studies at the American Institute for Cancer Research (AICR) International Conference on Food, Nutrition and Cancer conducted at Cornell University, researchers have found that whole grains contain many powerful phytonutrients whose activity has gone unrecognized because research methods have overlooked them.

For years, scientists have been measuring the antioxidant power of a wide array of phytonutrients. But their focus has been on the “free” forms of these substances, which dissolve quickly and are immediately absorbed into the bloodstream. The “bound” forms, which are attached to the walls of plant cells and must be released by intestinal bacteria during digestion before they can be absorbed, have been overlooked until recently.

Phenolics, powerful antioxidants that work in multiple ways to prevent disease, are one major class of phytonutrients that have been widely studied. Included in this broad category are such compounds as quercetin, curcumin, ellagic acid, and catechins.

When Dr. Rui Hai Liu and his colleagues at Cornell measured the relative amounts of phenolics in common fruits and vegetables like apples, red grapes, broccoli and spinach, they found that phenolics in the “free” form averaged 76% of the total number of phenolics. In whole grains, however, “free” phenolics accounted for less than 1% of the total, while the remaining 99% were in “bound” form.

The scientists concluded that because researchers examine whole grains with the same process used to measure antioxidants in vegetables and fruits—focusing on the content of “free” phenolics—the amount and activity of antioxidants in whole grains has been vastly underestimated.

Despite the differences in content of “free” and “bound” phenolics in fruits, vegetables, and whole grains, the total antioxidant activity in all three types of whole foods is similar. For example, the Cornell researchers measured the antioxidant activity of various foods, assigning each a rating based on a formula (micromoles of vitamin C equivalent per gram). Broccoli and spinach measured 80 and 81 respectively; apple and banana measured 98 and 65; and of the whole grains tested, corn measured 181, whole wheat 77, oats 75, and brown rice 56.

The Cornell findings may help explain why studies have shown that populations who eat diets high in fiber-rich whole grains consistently have a lower risk of colon cancer, while short-term clinical trials that have focused on decreasing colon cancer risk using fiber supplements yield inconsistent results. The explanation is most likely that these studies have not taken into account the interactive effects of all the nutrients in whole grains—not just their fiber content, but also their many phytonutrients. As far as whole grains are concerned, Dr. Liu believes that the key to their powerful cancer-fighting potential lies in the whole package.1

Phytosterols, which are structurally similar to cholesterol, are found abundantly in whole grains. These beneficial compounds have cardiovascular benefits, including lowering serum cholesterol levels.2-5 Phytosterols have also been shown to enable more robust antitumor responses, including boosting immune recognition of cancer, influencing hormonal dependent growth of endocrine tumors, and altering sterol biosynthesis. In addition, phytosterols have effects that directly inhibit tumor growth, including the slowing of cell cycle progression, the induction of apoptosis, and the inhibition of tumor metastasis. 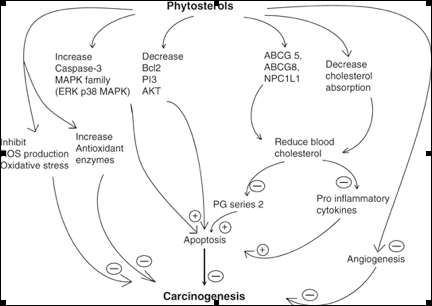 The bran of wheat is one of the richest sources of dietary magnesium, which is a critical nutrient for cardiovascular health and cancer suppression. It is also is one of the nutrients in which people are often lacking. Magnesium is needed in more than 300 biochemical reactions in our bodies, including muscle function, nerve function, healthy heart rhythm, body temperature regulation, strong bones and teeth.

Beta-glucans are not found in animals, but in the starchy endosperm of whole grains (specifically barley and oats), and several medicinal mushrooms (reishi, coriolus, shiitake, etc.). Beta-glucans are well known for their ability to enhance and modulate the immune system and induce innate immune responses, which protect us from attack by pathogenic microbes. The immunomodulatory effects of beta-glucans are known to be inconsistent and variable, probably due to differences in the degree of branching, polymer length, and tertiary structures among beta-glucans.6 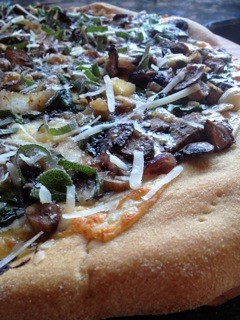 Beta-glucans also contribute to the glucose and insulin regulating ability of whole grains. For example, Dutch researchers used a crossover study with 10 healthy men to compare the effects of cooked barley kernels and refined wheat bread on blood sugar control. The men ate one or the other of these grains at dinner and were given a high glycemic index breakfast (50g of glucose) the next morning for breakfast. Those fed the whole grain barley dinner had 30% better insulin sensitivity the next morning after breakfast.7

Scientists at the Functional Food Centre at Oxford Brookes University in England have also found barley to be beneficial. They fed healthy subjects chapatis made with between 0g-8g of barley beta-glucan fiber. They found that all amounts of barley beta-glucan lowered the glycemic index of the breads, with 4g or more making a significant difference. And in the U.S., USDA scientists studied the effects of 5 different breakfast cereals on insulin response. They found that consumption of 10g of barley beta-glucan significantly reduced insulin response.8   In yet another study, USDA researchers fed barley flakes, barley flour, rolled oats, oat flour, and glucose to overweight middle-aged women. They found that peak glucose and insulin levels after barley consumption were significantly lower than after consumption of glucose or oats. Particle size did not appear to be a factor, as both flour and flakes had similar effects.9

Tocotrienols are a group of minor dietary constituents that are naturally occurring analogues of vitamin E (tocopherols). These important compounds are constituents of grains (wheat, barley, oats, and rice) and oils extracted from olive and palm fruit.

Although they are minor dietary constituents, tocotrienols are powerful antioxidants that protect the body from attack by free radicals and DNA damage. In fact, tocotrienols exhibit up to 60 times more powerful antioxidation properties in lipid biological systems than alpha-tocopherol. Cellular uptake of tocotrienols is up to 70 times higher, as its distinct chemical structure readily allows rapid absorption by body cells and organs.11-13 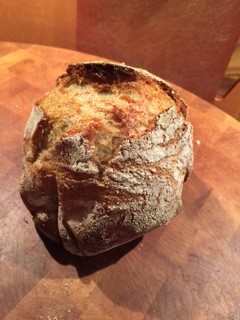 Summary of Benefits of Tocotrienols:

I believe it is obvious that whole grains, including whole grain breads, provide a wealth of beneficial compounds that help to maintain and promote health. Grains truly are the “staff of life,” and when consumed as part of a balanced, healthful diet, provide sustenance for both body and spirit.

6 Replies to “The Many Health Benefits Of Bread”

"Age is an issue of mind over matter. If you don't mind, it doesn't matter" -Mark Twain.