Many people feel anxious when they’re under stress, but for approximately 40 million Americans, anxiety is more than a passing state of emotion. Shortness of breath, racing heartbeat, dizziness, upset stomach, tension, irritability, sleep difficulties, memory problems, and feelings of dread are common daily experiences of people who suffer from chronic anxiety. For those who consult a physician, the first suggestion is usually drugs: tranquilizers (benzodiazepines), often coupled with antidepressants, such as selective serotonin reuptake inhibitors (SSRIs). But these medications come with a long list of unpleasant side effects, and have a significant risk of dependence.

I view anxiety from a global perspective, using various diagnostic “lenses” to better understand all of the contributing factors, from the surrounding landscape to the internal landscape. In this way, I evaluate both the “host” and the “environment.”

This approach enables me to create a program specific to each individual. Basic lifestyle suggestions that help to restore a healthy equilibrium include eating a whole-foods diet of three balanced meals daily; it’s also important to cultivate the habit of sitting down to eat, and to eat in in relaxed manner. I encourage everyone to take the time to prepare wholesome meals from scratch, using fresh organic ingredients, and to share meals with loved ones—this daily practice is healing to the mind and soul as well as the body. Regular appropriate exercise, communing with nature, and getting fresh air and sunlight is equally necessary for creating a balanced life. As far as exercises goes, for some people, this means intense exercise a couple of times a week, while others benefit more from slow, relaxing movement such as yoga. Most important is to practice meditation or centering prayer, such as “lectio divina” (see my past blog on this) to not only learn to calm the body and mind, but to deepen in spiritual relationship and respond to life challenges using more of the heart and mind, and less of the emotional self.

Making these changes requires awareness first, a desire to change second, and then the implementation of a daily practice to shift the programmed behavior patterns that feed stress and anxiety. When we are better equipped to handle stress and are able to respond with calmness to the challenges of life, we recover a sense of purpose and connection that unites us to both heaven and earth. In this way, we find peace.

Next, I go to my herbal allies for foundational support, choosing plant medicines that enhance calmness and help the body and mind adjust more easily to life stressors. Mood, anxiety, and sleep disorders have been treated successfully with botanical medicines since antiquity, and interest in these plants has dramatically increased in recent years. Research into psychoactive plants that affect the central nervous system (CNS) has flourished, with an abundance of pre-clinical in vitro and in vivo studies validating many herbal extracts as having an array of biopsychological effects.

I always use a combination of herb formulas and not just single herbs—I think of the herbs harmonizing and working together like a great jazz band. Plant extracts include many diverse compounds, and the overall biological effects rely on synergistic and polyvalent interactions between the various plant components. Their actions include adaptogenic, trophorestorative, and nervine, working together in a pleotrophic way.  This provides increased adaptation to exogenous stressors via complex effects on neurochemistry and the endocrine system, as well as a potent nervine effect. In these ways, specific herbs act as a tonic for the nervous system, buffering the effects of stress and reducing anxiety.

Adaptogens are always the foundation of my herbal recommendations. This special class of herbs is uniquely suited to facilitate a harmonious flow of energy (both inward and outward), in addition to optimizing wellness, warding off disease, extending lifespan and providing a high quality-of-life, even in the geriatric population. Although still relatively unknown to Western scientists, the positive effect of adaptogens on a wide variety of other health problems—including all chronic diseases, allergies, autoimmune diseases, chronic fatigue syndrome, psychiatric disorders, and sleep disorders—has been documented in numerous research studies. By helping us navigate high-stress demands on a cellular level, adaptogens can strengthen and deepen our energy reserves and support our ability to rebound more quickly from challenging situations. Adaptogens improve attention, cognitive function and mental performance during stress, dramatically improve recovery, and reduce post stress fatigue.

At the same time, I recommend a combination herbal nervine tonic formula that naturally promotes tranquility, using herbs that have been traditionally used for stress and anxiety and that have been proven efficacious and safe in clinical trials. The herbal extracts I most frequently use include passionflower (Passiflora), ziziphus (Ziziphus spinisa) seed, kava kava (Piper methysticum) root, lemon balm (Melissa officinalis), oat seed (Avena sativa), saffron (Crocus sativa), skullcap (Scutellaria lateriflora), and lavender flower (Lavandula spp.). I also find L-theanine, glycine and/or GABA to be extremely effective when combined with botanicals.

In this blog, I’m focusing on kava kava (Piper methysticum), one of my favorite herbs and also one of the most well researched herbs for anxiety. As an herbalist, I find it interesting that kava also appears to prevent the development of cancer. Researchers are intrigued by the fact that people living in the South Pacific have a low incidence of lung cancer, despite the fact that tobacco use is common. The data indicates that the more kava consumed by a population, the lower the cancer incidence for that population. Several animal studies support these observations and have demonstrated that kava has impressive cancer inhibiting properties on bladder, colon, lung, prostate, and uterine cancers.

For centuries, kava has been used in the South Pacific Islands as a ceremonial herb to enhance feelings of relaxation and sociability.  Traditional kava preparations made from the roots are used for three different types of ceremony: (1) formal occasions such as to honor royalty, (2) ceremonies performed at community meetings, and (3) informal kava ceremonies, such as for a social occasion.

In herbal medicine, kava is primarily used for treating anxiety, stress, insomnia, pain, muscle spasms, and tremors; it’s also used for genito-urinary conditions such painful bladder issues, cystitis, prostatitis, venereal diseases, nocturnal urination, and as a digestive aid. Researchers have identified compounds in kava called kavalactones, or kava pyrones, which are responsible for the herb’s relaxing and mood-elevating properties. These compounds have a mild tranquilizing effect similar to Valium. However, kava is not addictive, and in normal doses, it elicits feelings of general well being instead of sedation.

Kava has become increasing popular in the West because of its ability to immediately relieve stress. Unlike prescription tranquilizers, kava calms the mind without affecting the ability to concentrate. The herb also acts as a gentle muscle relaxant and pain-reliever, and has been prescribed for treating chronic disorders such as fibromyalgia. In larger doses, kava acts as a sedative, and is helpful for sleep disorders. 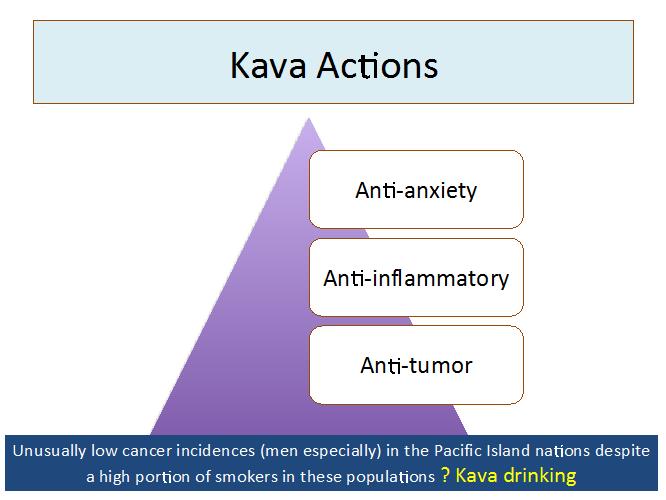 A number of studies have demonstrated the positive effects of kava for calming anxiety and stress. In a 1996 study of fifty-eight people suffering from general anxiety, participants were given either 100 mg of kava three times a day or a placebo. Anxiety was measured with standard clinical tests; after only one week, those taking kava reported a lessening of symptoms such as nervousness and tension. Improvements in the kava group continued for the four weeks of the study, with no side effects. The researchers concluded that kava is an effective treatment for mild states of anxiety or insomnia due to nervousness, stress or tension.[i]

In a broader review of numerous studies, a (2000) Cochrane systematic review and meta-analysis was aimed at assessing the evidence for kava extract as a symptomatic treatment for anxiety. Double blind, randomized, placebo-controlled trials of kava extract for the treatment of anxiety were included. A person not involved in the study blinded all publications before assessment, and two reviewers independently extracted data in a standardized, predefined fashion. The methodology of all trials was assessed. Superiority of kava extract over placebo was suggested by all seven reviewed trials. The meta-analysis of three trials suggests a significant difference in the reduction of the total score on the Hamilton Rating Scale for Anxiety in favor of kava extract. These data imply that kava extract is superior to placebo as a symptomatic treatment for anxiety.[ii]

A second (2003) Cochrane review of kava also concluded that kava compared with placebo is an effective symptomatic treatment option for anxiety. The data available from the reviewed studies also suggests that kava is relatively safe.[iii]

Although the efficacy of kava is apparent, scientists are still uncovering exactly how kava exerts its sedative action. So far, researchers have found that kava affects gamma-aminobutyric acid (GABA) receptors in the brain; these receptors promote feelings of relaxation. Other studies have shown that kava acts on the limbic system of the brain, which influences the emotions. Kava has also been found to block the uptake of noradrenaline, a hormone that triggers the physiological stress response. 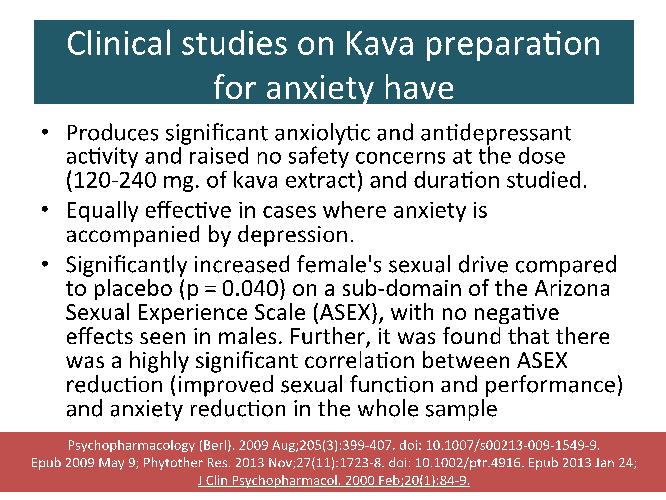 Reports in recent years have raised concerns about the safety of kava. In several cases, even at normal dosages, kava has apparently caused severe liver damage.

It’s worth noting that kava has been used for centuries in the South Pacific without harmful side effects. In addition, research studies conducted on kava have found only minor side effects, such as gastrointestinal upset, in a very small percentage of people. To date, there have not been any scientific studies proving that kava causes liver damage.

A recent analysis indicated poor quality kava raw material as a cause for toxicity, while high quality kava prepared and consumed in the traditional way of the South Pacific islanders poses no issue of liver toxicity.[iv]

To address these concerns, a six-point kava solution plan has been imposed:

(1)  use of a noble kava cultivar such as Borogu, at least 5 years old at time of harvest, (2) use of peeled and dried rhizomes and roots only, (3) aqueous extraction, (4) dosage recommendation of ≤250mg kavalactones per day (for medicinal use), (5) systematic rigorous future research, and (6) a Pan Pacific quality control system enforced by strict policing. In conclusion, at different levels of responsibility, new mandatory approaches are now required to implement quality specification for international acceptance of kava as a safe and effective anxiolytic herb.[v] 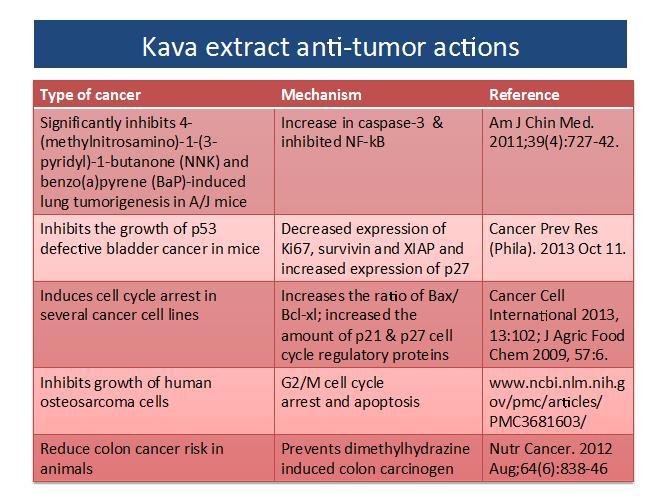 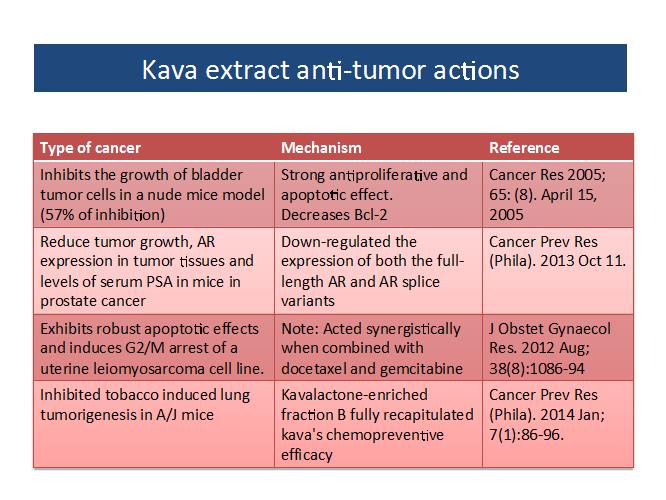 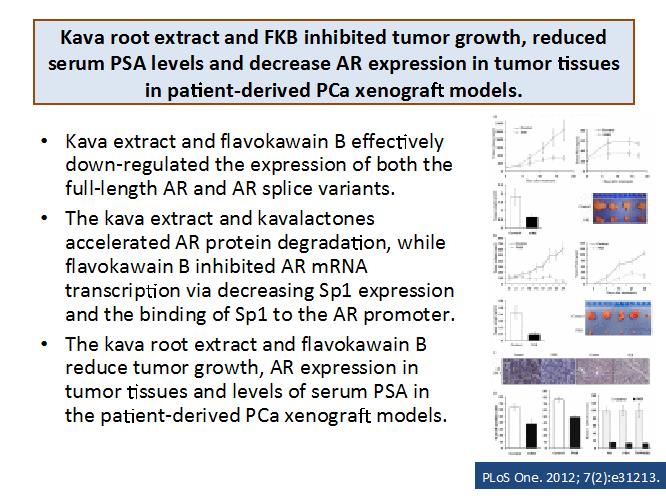