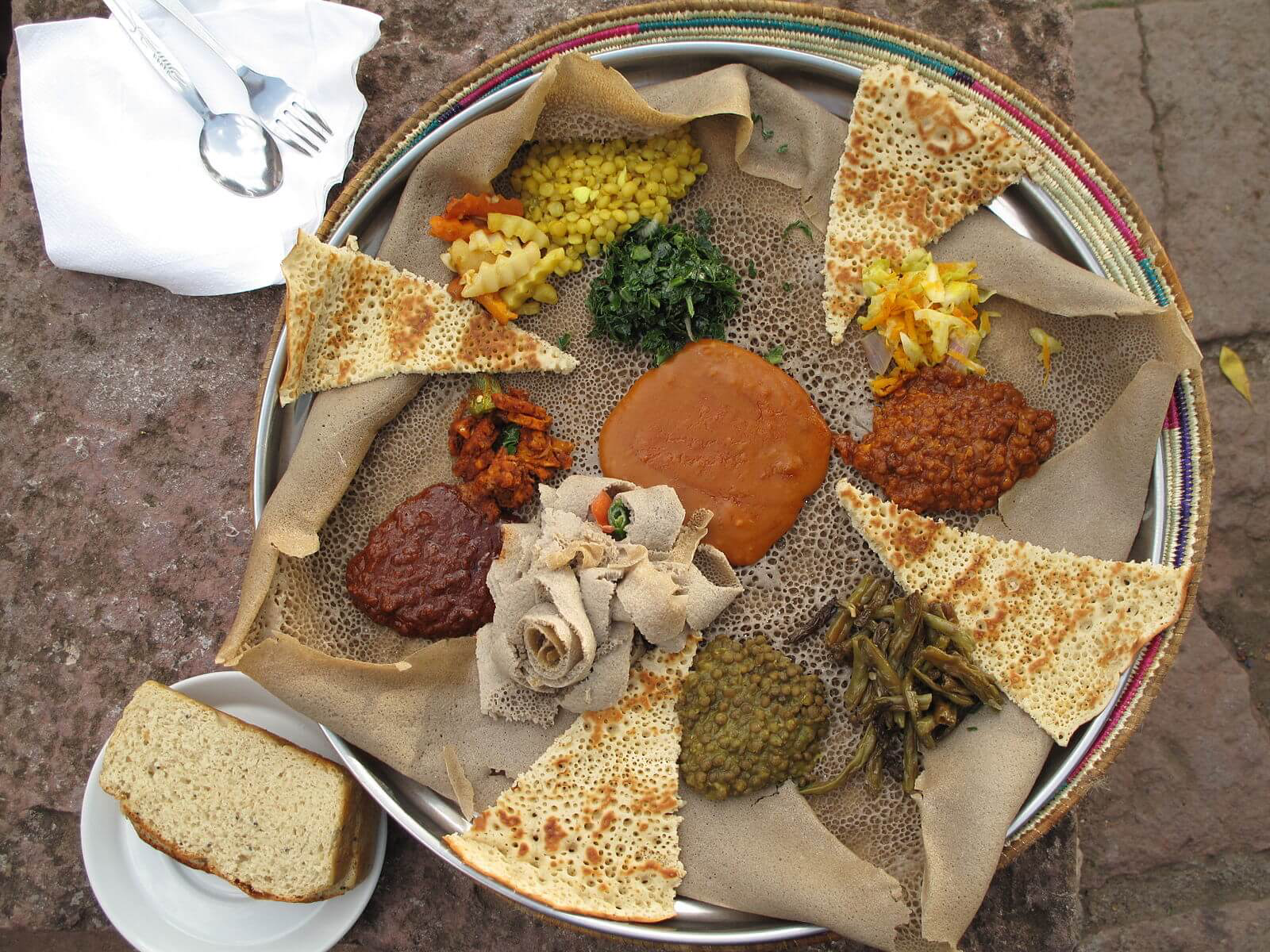 In my last post, I shared some of the many benefits of whole grains. From helping to protect against cancer and heart disease to improving digestion and metabolism, whole grains are essential to a healthy diet. Of all forms of grain, bread is the most commonly consumed in many countries. Whether it’s a loaf of crusty sourdough or a traditional flatbread, bread offers satisfying nourishment for body and soul.

Often called the “staff of life,” whole grain bread contains more nutrients ounce for ounce than meat, milk, potatoes, fruits, and vegetables. But beyond the excellent nutritional profile, there are emotional and spiritual aspects associated with the humble art of baking bread that offer sustenance on a deeper level.

Bread is Synonymous with the Essentials of Life

Bread is one of the most basic forms of food in many cultures and has been a part of the human diet for at least 30,000 years. “Give us this day, our daily bread,” from the Lord’s Prayer, is a holy reminder of the nourishment that bread provides. In the cultural vernacular, “bread and butter” is synonymous with the essentials of life.

A cornucopia of whole grains is available to us from around the world, including amaranth, barley, corn, oats, quinoa, rice, teff, and wheat (including heirloom varieties such as einkorn and kamut). 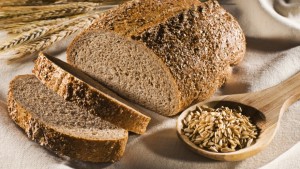 Wheat, the most ancient of the cereal grains, is the most common flour for bread making. But bread can be made from many other grains native to a region.

For example, in Ethiopia the nutritious, high-protein grain teff grows well in the country’s central highlands. Teff is traditionally used to make injera, a type of sour, spongy bread eaten with most meals. I enjoy the earthy, nutty flavor of teff, and mix a bit of teff flour into my bread and cookie recipes. 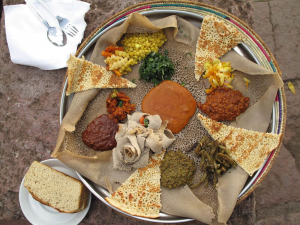 Barley, another highly nutritious grain well suited for cold climates, is used in Finland to make ohrarieska, a traditional staple type of cracker-bread.

The pleasant flavor, long shelf life, and unique gluten-forming characteristics make wheat the most popular grain for bread making. As a result of wheat breeding, many of the early wheat varieties, including einkorn, emmer and spelt, have been neglected and are little known today.

The Real Problem with Wheat

In recent years, there has been an enormous wave of negative publicity about grains, particularly bread. As a result, many people have eliminated bread from their diets. Obviously, there are people who cannot eat wheat or gluten-containing grains, primarily those who suffer from celiac disease. For most people, though, there is no reason to be deprived of the pleasure of eating good bread.

But what is good bread? It’s certainly not the highly processed, additive-laden packaged stuff that lines most grocery shelves. Even a tasty loaf of crusty sourdough baked in a stone hearth oven from your local bakery isn’t an optimal choice—unless it’s made from organic, freshly stoneground grains.

I’m convinced that the problem with most bread today—and the reason that so many people have developed “gluten intolerance” or even celiac disease—is rooted in the way that modern grains are grown, processed, and made into bread.

First, modern wheat is very different from the type of wheat on which our ancestors thrived. Up until the 1960’s, wheat was pretty much true to its original form. But the modern dwarf wheat hybridized in the 1960’s drastically changed the profile of the staff of life. Although the modern dwarf version has a high yield, it has a lower nutrient content than heirloom wheat. It also has a different protein structure, which may be the trigger for inflammation and gluten sensitivity.

Second, the long list of artificial stabilizers, enhancers, flavorings, and preservatives found in modern bread might help bread rise faster or keep it from growing moldy, but these artificial chemicals are certainly not healthy. Traditional bread has just a few wholesome ingredients: flour, water, yeast, salt, and a bit of honey or other natural sweetener to feed the yeast.

Third, the way that flour is milled makes a difference. The invention of modern steel roller milling in the late 1800’s created a highly refined, less healthful flour. Stone ground wheat is a much preferable alternative.

Why You Should Consider Grinding Your Own Wheat

There are several advantages to fresh stone-ground wheat flour. The endosperm, bran, and germ remain in their natural, original proportions. Because the stones grind slowly, the wheat germ is not exposed to excessive temperatures. Heat causes the fat from the germ portion to oxidize and become rancid and destroys much of the vitamins. Since only a small amount of grain is ground at once, the fat from the germ is well distributed which also minimizes spoilage. Nutritive losses due to oxygen exposure are also limited by the fact that stone-ground flour is usually coarser.1-2

If you’re still uncertain about including bread in your diet, consider this: Studies show that whole wheat bread can remarkably increase the bioavailability of phenolic acids and their circulating metabolites, compounds which have immunomodulatory and anti-inflammatory effects, compared to consumption of the whole cereal grain.3

Because whole grains contain only about 12% water they do not spoil easily. However, grinding removes the protective layers. The deterioration of nutritional qualities depends on storage conditions such as temperature, humidity, oxygen concentration, and light exposure. To reduce the oxidation of essential compounds and prevent rancidity, ground flour should be stored for no more than two weeks.

Antioxidants present naturally in grains (vitamin E and lecithin) help prevent oxidation of the fatty acids and the associated rancidity only for a limited time, and only under optimal conditions (not too hot, not too humid, and away from direct light). Glutamic acid decarboxylase, the most sensitive enzyme in the grain, is used to indicate the health of the grain. When heated or exposed to increased humidity, even under ‘favorable’ conditions, it loses activity very quickly.

Many bakers and natural food advocates prefer stone-ground flour because of its texture, its sweet and nutty flavor, and the belief that it is nutritionally better and has a better baking quality than steel-roller-milled flour.4 Studies show that stone-milled wheat is relatively high in thiamin, compared to roller-milled flour, especially when ground from hard wheat.5-6

I enjoy baking, and exclusively use fresh stone-ground flour made from organic grains. Not only is the flavor far superior to commercial flours (even organic flours), but also the nutritional benefits are far superior. Using our small home flourmill, I can quickly grind grains for a variety of breads, homemade pizza, and healthy cookies.

This is the stone grinder I own and use for making freshly milled flour for baking:

The Mental Health Benefits of Kneading and Baking Bread

There’s more to bread than simply the nutritional benefits, though. One of the most basic important developmental steps for humans is learning how to “self-soothe.” The repetitive action of kneading is meditative and is a good way to relieve stress. Devote ten minutes of your day to the ancient art of kneading dough, and I guarantee that you’ll feel more relaxed.

There is even research indicating that kneading and baking bread may be able to help people suffering from depression. John Whaite, an English baker and 2012 winner of the Great British Bake Off has experienced crippling depression, and believes baking is emerging as a form of pill-less Prozac. In a report from the Real Bread Campaign, he calls for more people “suffering from mental health issues, or who are simply going through a tough time to get the chance to try their hand at baking real bread to see how it could help them.”

Paul Youd, in Taunton, Somerset, runs bread-making sessions for parents and children in homeless shelters and sufferers of domestic abuse. He writes about his experience at his No Bread Is an Island blog. In Yeatman Hospital, in Sherborne, Dorset, the community mental health team runs a therapeutic baking group for its elderly patients with dementia and is working on a recipe book called Baking Memories. 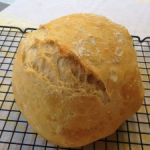 There’s no doubt in my mind that organic, whole grain bread is a valuable addition to a healthful, enjoyable diet. If we make our own bread—and preferably, grind our own grains to make fresh flour—the health benefits are multiplied.