If you’ve ever walked into a room and couldn’t remember why you were there; misplaced your keys (or even your car in a parking lot); or forgotten the name of an acquaintance, you might have momentarily wondered about your memory or if you were losing your mind. If you’re over the age of 50, you might even be seriously concerned about the possibility of Alzheimer’s.

Although a decline in memory and brain function is generally regarded as an inevitable part of growing older, in reality, brain aging is caused by poor cerebral circulation, mitochondrial dysfunction, inflammation, oxidative damage, and decreased levels of anabolic-repair hormones, including DHEA and testosterone. All of these factors contribute to changes in the brain that lead to neuronal degeneration and cognitive impairment.

Many people are surprised to learn that stress affects brain health. But chronically elevated stress hormones are a principal trigger of all of the physiological factors implicated in brain and memory dysfunction. Here’s how stress influences the brain: The main stress hormones (epinephrine and glucocorticosteroids) ensure that the body has a “memory” of events and situations that may be dangerous in the future. While this adaptive response is obviously beneficial for survival, when there is repeated or chronic stress at higher than normal levels sustained over days, months, or even years, brain function suffers. Chronic stress forces the glucocorticosteroid set point to remain high due to adrenal overactivity. This results in atrophy of the neurons in the hippocampus and the inhibition of ongoing neurogenesis. In other words, the brain loses its ability to function at high levels and brain cell regeneration diminishes.

Following sustained periods of stress, allostatic overload may occur and neurons can actually die. Through some or all of these processes, the hippocampus shrinks, and normal function and response are impaired. This is how prolonged stress contributes to dementia and loss of optimal brain health.

I strongly believe that aging does not have to be accompanied by mental decline or neurological problems. As with other diseases associated with aging, I’ve found that adaptogens should be regarded as the primary foundational support for reducing stress-induced brain damage. Because the brain is a major target for glucocorticoids and stress hormone toxicity, treatment strategies aimed at regulating abnormal levels of glucocorticoids are imperative. 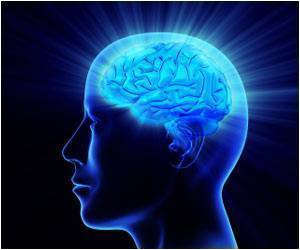 Studies clearly show that adaptogenic formulas that include herbs such as ginseng (Panax spp.), eleuthero (Eleutherococcus senticosus), ashwagandha (Withania somnifera), and rhodiola (Rhodiola rosea) effectively mediate the oxidative stress inherent in degenerative and neurological diseases. Primary adaptogens such as these stimulate anabolic metabolism and raise levels of anabolic hormones, including testosterone. This is important, because low levels of anabolic hormones escalate the risk for dementia and Alzheimer’s disease.

In my clinical experience, I’ve found that an overall healthful lifestyle, combined with adaptogenic support and specific nutrients for enhancing brain function, is the key to keeping your memory sharp and your brain functioning optimally, no matter what your age.

4 Replies to “Herbs and Nutrients to Keep Your Memory Sharp”