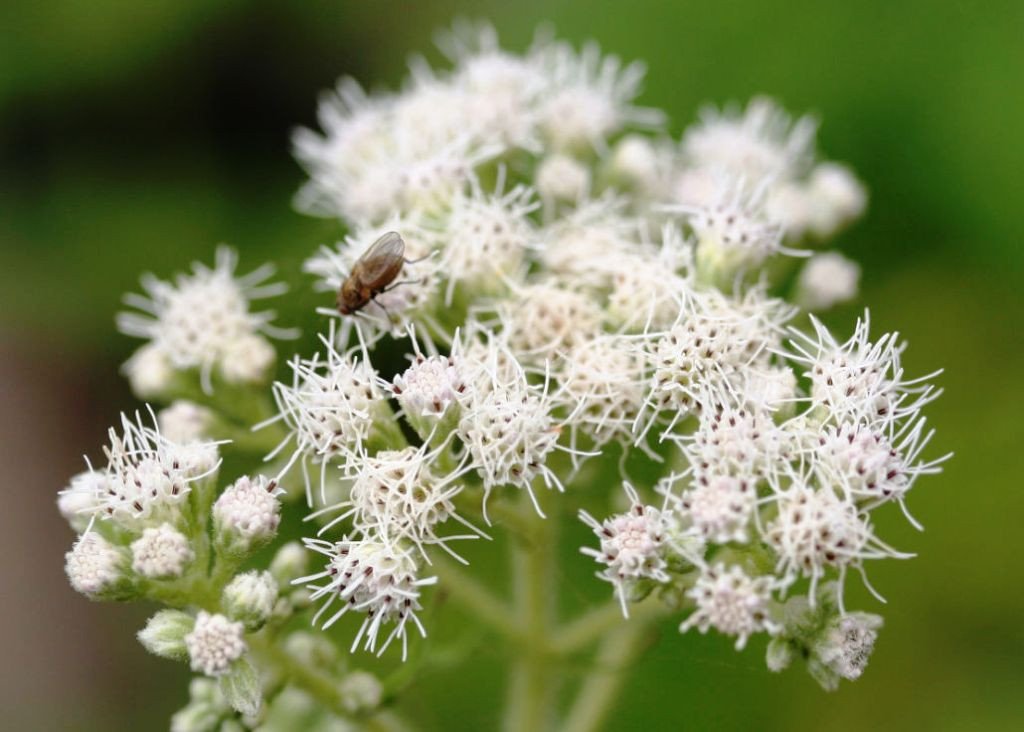 “I go into my library and all history unrolls before me.” Alexander Smith

In Western tradition, boneset is perhaps the single most important herb for combating the flu. There have been six major influenza pandemics (worldwide outbreaks) since 1889. The 1918 influenza pandemic (“Spanish flu”) was the deadliest pandemic in history. Approximately 5% of the world’s population was infected, and the number of deaths has been estimated at 50 million (CDC).

Boneset (Eupatorium perfoliatum) might be the single best herbal remedy for influenza. During the severe “Spanish Flu” pandemic, boneset was one of the safest and most successful remedies employed and contributed much to the successful management of the disease under the Eclectic treatment.

Throughout most of the l800s and the first half of the 20th Century, many Americans employed a practice of medicine known as Eclectic Medicine. Together with traditional medicines the Eclectic physicians developed and utilized botanical remedies that were native to North America along with some known botanicals from the European tradition. Their motto was to “sustain the vital force,” or balance function to support the return to health.

The Eclectic Medical Tradition followed these basic concepts when treating patients that I have adopted into Mederi Care and the Eclectic Triphasic System (ETMS):

Boneset was extremely successful in treating influenza, alleviating painful symptoms and preventing pulmonary complications and death.  By many it came to be used as a prophylactic, persons taking it freely apparently escaping attack.”1

Scientific research has also confirmed that boneset is effective for treating the flu and common cold. 2 A specific reference to boneset was made by an early 19th century physician, C.J. Hemple, who noted that the herb, “relieved the disease…was familiarly called bone-set”.

The plant induces profuse sweating which breaks the fever and in turn relieves the deep-seated achy pain, the so-called “bone pain,” associated with the flu. Boneset also causes mucus to thin, helping to break up lung congestion.3

Harvey Wickes Felter wrote: “Boneset is an admirable remedy to break up a common cold, especially when accompanied by deep-seated, aching pain. If there are pleuritic pain and hoarseness, it is also valuable.” In every epidemic of influenza it has been used, it has provided a great advantage.1

There have been several studies that have confirmed the effectiveness of boneset in treating the common flu.  One study found a 0.6% fatality rate from influenza with usage of herbal treatment compared to a 3% fatality rate claimed without the treatment.  This research even showed the herb counteracted cytokine dysregulation caused by severe cases of the disease.4 In another study, the authors treated 53 outpatients with either aspirin or Eupatorium perfoliatum D2 for the common cold.  The results demonstrated that both aspirin and Eupatorium perfoliatum were equally effective in reducing the symptoms of the common cold.5 Additionally, the polysaccharide fraction extracts of boneset and several other plants were found to act on the immune system which obviously helps in fighting infections such as the common cold and flu.6 Finally, hydroalcoholic extracts from the aerial parts of Eupatorium perfoliatum protect cells from IAV infection by inhibiting viral attachment to the host cells. The extract appears to be a promising expansion of the currently available anti-influenza agents.7

Boneset Has Been Traditionally Used by Native Americans, Eclectics and Physiomedicalists

Boneset originates from North America, where it has been widely used for centuries by Native Americans, as well as Eclectics and Physiomedicalists.  Eclectic medicine and physiomedicalism were the two most prominent medical approaches in North America, largely practiced during the mid- to late 1800’s and focusing primarily on botanical medicine.  Traditional use of boneset by these systems was as a remedy against cold and fever.  It was given the name “break-bone fever” because of how effective it was found to be against Dengue fever.  Boneset has documented use as an antipyretic agent by the Cherokee, Deleware, Menominee, Seminole, Nanticoke and Mohegan tribes, an antirheumatic agent by the Chippewa tribe and a cold remedy by the Iroquies, Mohegan and Shinnecock tribes.  The plant was also named as “feverwort” because of it’s effectiveness against fever.8

Additionally, boneset extract is commonly used for immune support in Europe, as well as to aid in the treatment of the flu, fever, common cold, rheumatism and arthritis.

Anti-inflammatory activity of Eupatorium perfoliatum extracts was confirmed by a combination of techniques on gene and protein level by significant down-regulation of cytokines CSF-3, IL-1α, IL-1β, and chemokines CCL2, CCL22 and CXCL10. TNF was also down regulated moderately. The anti-inflammatory effects can be seen as a verification of the traditional use against inflammatory diseases.11 Additionally, free radical-scavenging components were found in the ethanolic extract of Eupatorium perfoliatum.12

Should We Be Concerned With the Pyrrolizidine Alkaloids Present in Boneset?

Eupatorium perfoliatum contains a group of naturally occurring alkaloids called Pyrrolizidine alkaloids (PAs) that are considered to be potentially toxic. Pyrrolizidine alkaloids are produced by plants as a defense mechanism against insect herbivores. While about 600 species have been demonstrated to contain PAs, half of these species pose no human toxicity and in most of others, the hepatotoxic risk is extremely low. Serious livestock poisoning episodes have been described in the literature from the PAs of the Senecio genus, as well as a few other plant species, however.

While Eupatorium perfoliatum has been demonstrated to contain PAs, it has not been found to exhibit any hepatotoxic (liver toxicity) risk to human health.16-18 In one analytical and phytochemical investigation, the authors found no PAs present in the Eupatorium perfoliatum studied at all.19 A more recent study, however, found that while forty-nine samples of Eupatorium perfoliatum were shown to contain dehydropyrrolizidine alkaloids (0.0002-0.07% w/w), the majority was dominated by lycopsamine and intermedine, their N-oxides and acetylated derivatives.20  This is important because while approximately 100 different alkaloids are recognized, toxic effects depend on alkaloid type and concentration within the ingested plant.21 In other words, just because a plant contains some level of PAs, that doesn’t mean that within the typical dosage its taken in, it will automatically have toxicity.  It depends on many factors, including the species, the concentration of the PAs, and what a typical dosage of the plant is.

“All things are poison and not poison; only the dose makes a thing poison.” —Paracelsus

The right dose differentiates a poison from a remedy. So from this viewpoint, which I share, even very poisonous things have a very different and often beneficial effect if delivered in small enough doses.  This is referred to as Hormesis.

Hormesis is any process in a cell or organism that exhibits a biphasic response to exposure to increasing amounts of a substance or condition. Within the hormetic zone, there is generally a favorable biological response to low exposures to toxins and other stressors.

So while boneset may contain relatively small amounts of PAs, when consumed within the traditional dosage range, it is completely safe.  There is no reported toxicity, so because of its strong historical usage and unique benefits, I will continue to use it.