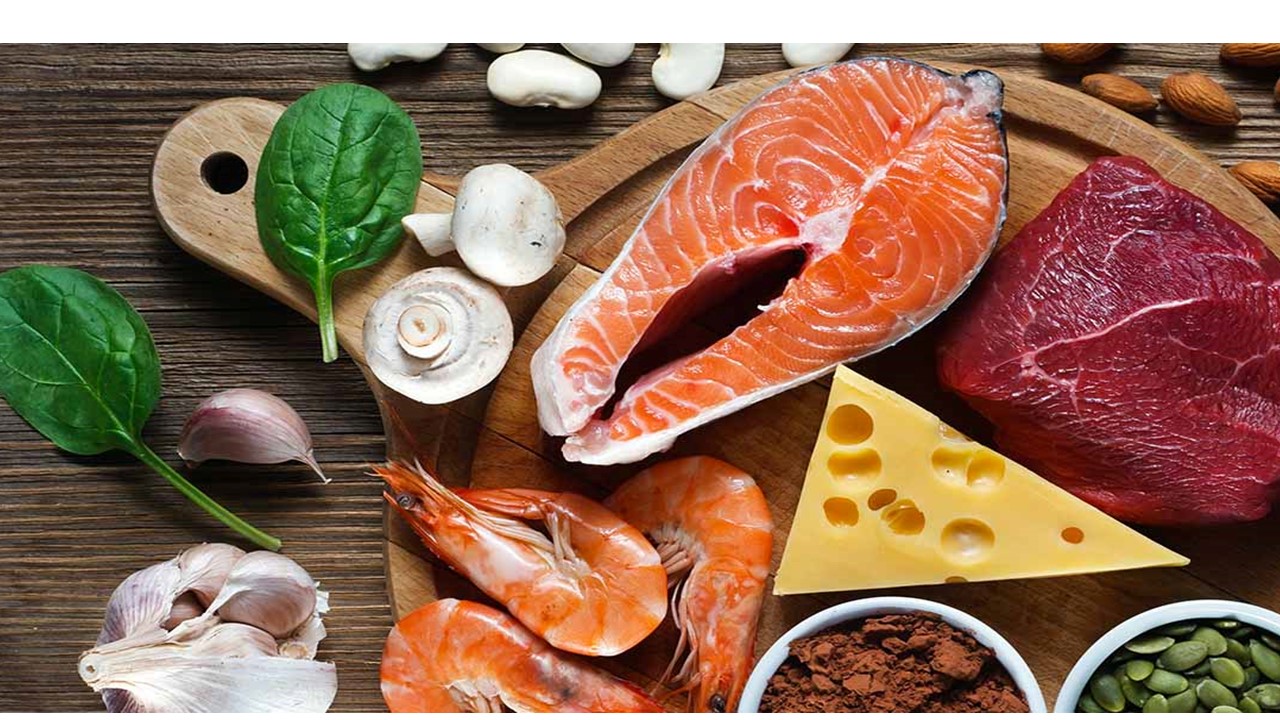 Zinc is well known for the significant role it plays in immune response and immune health. It enhances both innate and adaptive immunity, is vital for immune cell function, and is crucial for the formation and modulation of inflammatory processes. In persons with zinc deficiency, zinc supplementation improves not only type I and II interferon production/response, but also immune cell survival, maturation and function.1-4

Zinc is essential for immune cell development and for maintaining activity of immune cells including neutrophils, monocytes, macrophages, NK cells, B cells, and T cells.5 A deficiency leads to impaired immune function and promotes systemic inflammation. In studies with both young adults and elderly subjects, oxidative stress markers and generation of inflammatory cytokines decreased with supplementation of zinc.6,7

Zinc is essential for virtually all processes in the human body. Observations during zinc deficiency indicate that the absence of zinc severely impairs the immune response.

The Role of Zinc in Antiviral Immunity

Zinc status is a critical factor that can influence antiviral immunity, particularly as zinc-deficient populations are often most at risk of acquiring viral infections such as HIV or hepatitis C virus. This review summarizes current basic science and clinical evidence examining zinc as a direct antiviral, as well as a stimulant of antiviral immunity. An abundance of evidence accumulated over the past 50 years demonstrates the antiviral activity of zinc against a variety of viruses, via numerous mechanisms. The therapeutic use of zinc for viral infections such as herpes simplex virus and the common cold has stemmed from recent findings.

The antiviral properties of zinc are certainly virus-specific, but it appears that zinc ion availability plays a significant role in the general antiviral efficacy of zinc.

When high doses of ionic zinc are used in clinical studies, a clear reduction in cold duration of 42% has been calculated. Whether this was caused by viral inhibition, improved local immune response, or an amelioration of symptoms remains uncertain.

Research shows that severe acute respiratory syndrome (SARS) coronavirus was inhibited by zinc in Vero-E6 cells. Moreover, zinc salts were shown to inhibit respiratory syncytial virus, even while zinc was incubated with HEp-2 cells only before infection, and then removed.29

Zinc and the Treatment of Severe Pneumonia

One of the most serious conditions associated with the flu is pneumonia, and it’s also one of the most common reasons for death associated with influenza. An analysis of randomized, double-blind, and placebo-controlled trials shows that zinc is highly effective when given as an adjunct in the treatment of severe pneumonia.

Methods: PubMed, Embase, MEDLINETM and the Cochrane Central Register of Controlled Trials were searched to identify all randomized, double-blind and placebo-controlled (DBPC) trials which evaluated the clinical efficacy of zinc given as an adjunct in the treatment of severe pneumonia and published between January 1966 and October 2015.

Other studies have shown zinc supplementation is highly effective in supporting recovery from severe respiratory infections. A study of children with acute pneumonia reported:

Bangladesh – 30% reduction in the duration of illness in severe pneumonia.

Nepal – More than 2600 children enrolled in a study to find the impact of zinc as an adjunctive therapy in pneumonia.10

Zinc was also found to have a therapeutic benefit in seven trials of acute diarrhea and five of persistent diarrhea. Studies to evaluate the effect of zinc supplementation on mortality are under way, but a recently published study from India identified a 68% reduction in mortality in small-for-gestational-age term infants that were supplemented with zinc from 1 to 9 mo of age.11

Many Studies Support Zinc for Immunity

A wide range of animal and human studies support the use of zinc in bolstering immunity. Consider the following examples:

Oral zinc has been shown to reduce the length and severity of a cold and common flu.16

In people with zinc deficiency, activity of serum thymulin (a thymus specific hormone involved in T cell function) is decreased, an imbalance between T helper cell (Th1) and Th2 function develops, and lytic activity of natural killer cells and the percentage of precursors of cytolytic T cells is decreased.17,18

Zinc deficiency increases oxidative stress resulting in activation of monocytes-macrophages and generation of inflammatory cytokines. Th2 functions were not affected due to zinc deficiency.19

Zinc has an important role in cell-mediated immune functions and also functions as anti-inflammatory and antioxidant agent.20

The Most Effective Form of Zinc

In the infinite wisdom of nature, whole foods contain a complex array of vitamins, minerals, phytochemicals, enzymes, and other beneficial compounds. These essential nutrients and cofactors enhance cellular health, cell signaling, enzyme system response, and other activities that support physiological homeostasis. Naturized® whole food nutrients are delivered in the context of a whole food matrix that facilitates their bioavailability.

This matrix includes peptide carriers and cofactors naturally occurring in foods that act as chaperones, delivering nutrients to the cells and tissues of the body. Human physiology is designed to obtain nutrients from plants and natural foods. Naturized® nutrients are unique in that they emulate whole foods while delivering a higher concentration of specific vitamins or minerals.

Zinc (Naturized®) from S. cerevisiae offers excellent bioavailability via a food matrix that facilitates delivery into the cells for utilization. This biological source of zinc is also rich in proteins, peptides, and amino acids.

Laboratory studies have found zinc-enriched S. cerevisiae (Naturized® zinc) to be 3.7 times more bioavailable than zinc gluconate.21 Other studies show Naturized® zinc to be significantly more bioavailable than zinc chelate and zinc orotate.22 In human studies, the net zinc balance in healthy humans, as measured through collection of urine, blood, and fecal samples, was significantly higher in those taking Naturized® zinc than in those taking zinc gluconate salts.23

Zinc Status and Autoimmunity: A Systematic Review and Meta-Analysis

To examine the experimental evidence reported in the literature regarding zinc levels in patients with autoimmune disorders compared to control individuals, a systematic review and meta-analysis were performed. From a large body of research—26,095 articles identified by literature search—only 179 were considered potentially relevant for this particular study, and of those, only 62 satisfied the inclusion criteria. In their painstaking evaluation, the researchers found that the zinc concentration in both serum and plasma samples of autoimmune disease patients was significantly lower than in the controls.24

Zinc Supplementation for the Treatment of Measles in Children

Despite increasing vaccine coverage, measles continues to be a significant cause of childhood morbidity and mortality globally. Zinc plays an important role in the maintenance of normal immunological functions, and researchers conclude that supplements given to zinc‐deficient children will increase the availability of zinc and could reduce measles‐related morbidity and mortality.25

Sepsis, defined as a “life-threatening organ dysfunction caused by a dysregulated host-response to infection” is a major health issue worldwide and still lacks a fully elucidated pathobiology and uniform diagnostic tests.

However, the trace element zinc is known to be crucial to ensure an appropriate immune response. During sepsis a redistribution of zinc from serum into the liver has been observed and several studies imply a correlation between zinc and sepsis outcome. Therefore, the alterations of zinc concentrations in different tissues might serve as one part of the host’s defense mechanism against pathogens during sepsis by diverse mechanisms. It has been suggested that zinc is involved in nutritional immunity, acts as a hepatoprotective agent, or a differentiation signal for innate immune cells, or supports the synthesis of acute phase proteins.

Further knowledge about these events could help in the evaluation of how zinc could be optimally applied to improve treatment of septic patients. Moreover, the changes in zinc homeostasis are substantial and correlate with the severity of the disease, suggesting that zinc might also be useful as a diagnostic marker for evaluating the severity and predicting the outcome of sepsis.26

Final Thoughts on Zinc, and Why It’s So Important Now

There is no question that zinc is an essential trace element for all living organisms and their biological processes. Zinc plays a key role in more than 300 enzymes and is involved in cell communication, proliferation, differentiation and survival. Zinc plays also a role in regulating the immune system with implications in pathologies where zinc deficiency and inflammation are observed.27

We know that zinc is critical for the immune system. Of all age groups, the elderly have an increased probability for zinc deficiency, documented by a decline of serum or plasma zinc levels. Zinc deficiency in the elderly may impair zinc-dependent signaling, and thereby immune function. 28

In addition, zinc is essential for NK cell status and response. The main functions of NK cells are the elimination of cancer or virus infected cells, and the higher incidence of viral infections and cancer in the elderly may well be related to impairment of NK cell function.29

As we face a global pandemic, it’s more important than ever that we have readily available tools to support our health and immune function. Zinc is a foundational nutrient that I recommend for enhancing immunity, and I suggest it to all of my patients.

6 Replies to “Zinc: The Most Important Nutrient for Immunity”