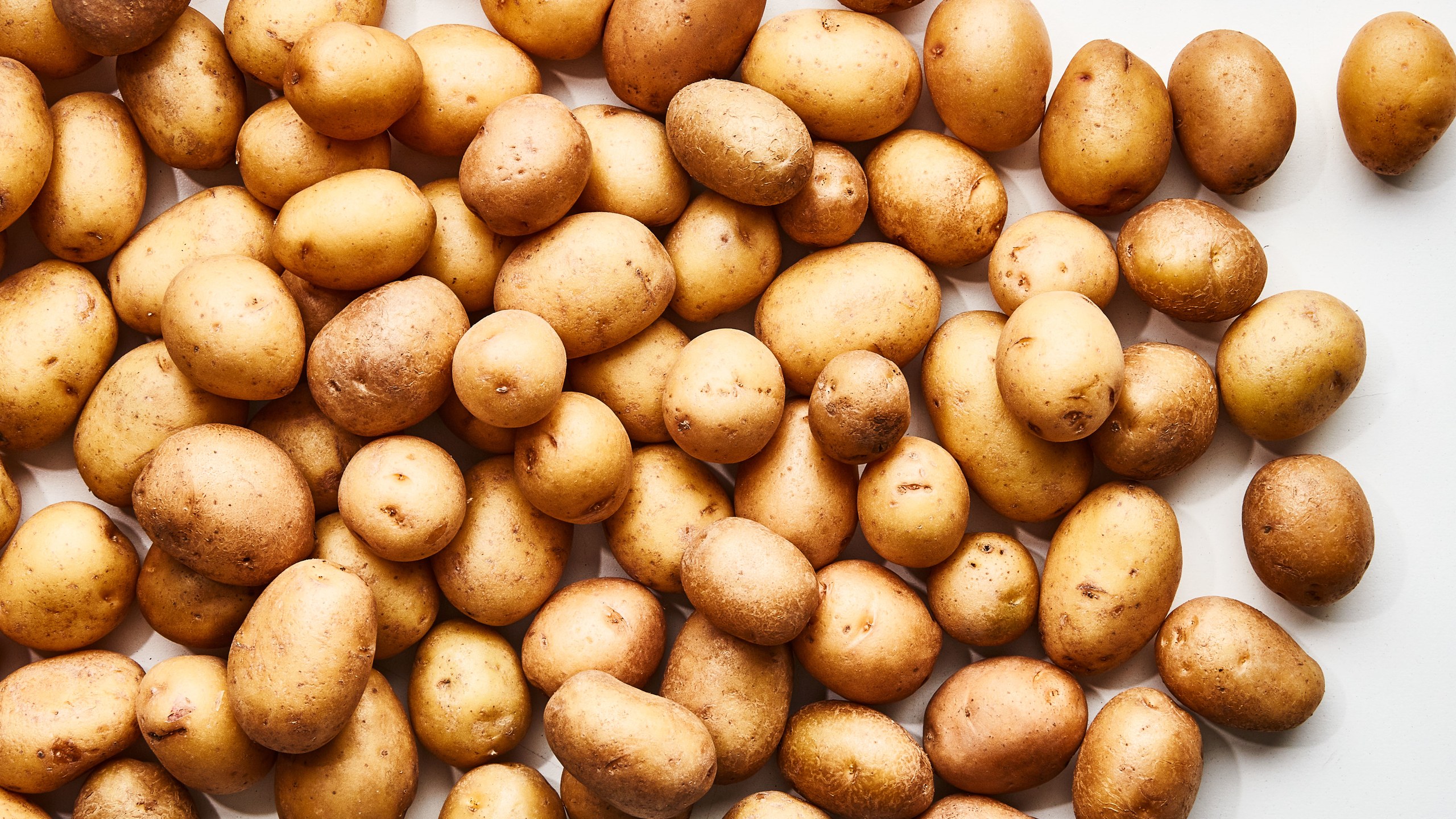 People love the idea of ‘super foods,’ and I’m commonly asked my thoughts about everything from goji berries to blue-green algae. Some super foods, like chia seeds and coconut oil, are foods that I recommend. Others, like blue-green algae—sourced from a lake polluted by agricultural runoff—are supplements that I obviously do not advise taking. But even the super foods I like and recommend don’t compare to the humble potato. The humble potato is nutrient dense, and not only is it good for you, it’s good for the health of the planet.

Potatoes have gotten a bad rap, with many people thinking that they’re fattening and devoid of nutritional value. But potatoes have a long history of nourishing humankind. In Ireland, people based their diets on nutrient rich potatoes for hundreds of years.

In the 2015 movie The Martian, a fictional botanist-turned-astronaut is stranded on Mars, and survives by slicing up potatoes and planting the cuttings in the soil. Although this might sound far-fetched, NASA believes you might be able to grow potatoes on Mars and thrive eating them. It is the only food known where this scenario might actually be possible.

The Health Benefits of Potatoes

Potatoes have shown promising health-promoting properties in experimental animal and human clinical studies, including antioxidant, hypocholesterolemic, anti-inflammatory, antiobesity, anticancer and antidiabetic effects. Compounds such as phenolics, fiber, starch and proteins, as well as compounds considered antinutritional such as glycoalkaloids, and proteinase inhibitors contribute to the health benefits of potatoes.1 Though potatoes contain lectins, which some people are trying to avoid because of trending diets, when you cook them, most of the lectins are removed.  Plain boiled or baked potatoes, without all the “loaded” additions like sour cream and lots of cheese and butter, are one of the easiest foods to digest.

A medium potato contains 161 calories, 4.3 grams of protein, close to 36.6 grams of carbs, and nearly every vitamin and mineral your body needs. Although not high in protein, potatoes are a complete protein, with a distribution of essential amino acids that’s similar to animal proteins.

In particular, “resistant starch (RS),” the dietary fiber that escapes digestion and absorption in the small intestine, is fermented by microorganisms in the large bowel.3 Resistant starches are the sum of both intact starch and starch degradation products that reach the large intestine for fermentation.

The production of short-chain fatty acids (SCFAs), especially butyrate, in the gut microbiome is essential for optimal health and performs a variety of tasks. This includes maintaining the epithelial barrier, regulating the immune system, protecting against chronic diseases, and promoting satiety after meals. However, the production of short-chain fatty acids is limited by an insufficient intake of fermentable dietary fiber. Studies show that the yield of butyrate produced by the gut microbiota differentiates RS from other dietary fiber.4

Potatoes have been shown to significantly boost SCFA production and appear to improve the health of the microbiota over time to generate even more SCFAs.5

In addition to their satisfaction quotient, the potato is an ideal source of dietary antioxidants. But despite growing interest, little information has been reported about the important phytochemicals present in this widely consumed vegetable.7,8 For example, the potato plant synthesizes phenolic compounds as a protective response against bacteria, fungi, viruses, and insects. Research indicates that these compounds have health-promoting effects in humans.9

Another beneficial compound found in potatoes is chlorogenic acid, which in studies has been shown to improve insulin sensitivity, decrease gut glucose absorption, and prevent gluconeogenesis.10-12 Even the peels of potatoes contain beneficial compounds. In research studies, potato peel extracts have been found to offer significant protection to human erythrocyte membrane proteins from oxidative damage induced by ferrous-ascorbate.13

Potatoes as a Meal Replacement for Weight Control

In a recent study published in January 2019, researchers tested white sweet potato supplement (WSP) as the basis for a meal replacement to promote weight loss. They tested two groups of overweight subjects: Both groups adhered to a calorie-restricted diet, but one group was given WSP to replace two meals daily. After 8 weeks, the researchers found a significant loss in body weight, body fat and fat distribution in both groups. The group consuming WSP demonstrated a 5% decrease in body weight, body fat, body mass index, and mid-arm circumference and a 3.5% decrease in glycated hemoglobin levels, all of which are significant. The treatment was well tolerated, without side effects or adverse events.  The researchers concluded that white sweet potato supplement is beneficial for facilitating weight loss.14

There are many studies on the health benefits of various types of potatoes, including intriguing research on potatoes and cancer. For example, purple sweet potato anthocyanin (PSPA) has been shown to have antitumor effects.

Studies indicate that PSPA shows particular potential in the treatment and prevention of bladder cancer (one of the most common malignancies).15

Potatoes are Often the Basis of the Blue Zone Diets

The “Blue Zones” are geographic regions that are home to some of the world’s oldest and healthiest people. Overall, the important shared features of the Blue Zones include: high intake of unrefined carbohydrates, moderate protein intake with emphasis on vegetables/legumes, fish, and lean meats, and a healthy fat profile (higher in mono/polyunsaturated fats, lower in saturated fat, rich in omega-3).

Healthy fat intake is likely one mechanism for reducing inflammation, optimizing cholesterol, and mitigating other risk factors. Additionally, the lower caloric density of plant-rich diets results in lower caloric intake, with the benefit of a high intake of phytonutrients and antioxidants. Additional benefits include a low glycemic load, less inflammation and oxidative stress, and potential modulation of aging-related biological pathways. This may reduce the risk for chronic age-associated diseases and promote healthy aging and longevity.

On the Greek Island of Ikaria, another Blue Zone area, potatoes are a daily dietary staple. The local people refer to the potato as a life-giving food.17

Your Food Choices Can Help Save the Planet

I was surprised—and you may be, too—to know that the breeding and raising of animals for food contributes more to global warming than the effects of transportation.18 The simple truth is that the choices you make in your daily diet have a significant impact on the environment.

In 2018, the journal Science published the largest study to date on the environmental impact of food production. Researchers looked at data collected from 40,000 farms in 119 countries, including 40 food products that represent 90% of everything we eat.20

The authors concluded that livestock provides only 18% of food calories and 37% of protein, yet they use over 83% of farmland. Livestock is also responsible for 57% of water pollution, 56% of air pollution, and a third of the world’s fresh water.

A 2018 article in Nature states that continued consumption of the Western diet (high in processed foods and red meats) could lead to “exceeding key planetary boundaries that define a safe operating space for humanity beyond which Earth’s vital ecosystems could become unstable.”21

The humble potato has been falsely accused as a cause of obesity and diabetes in the United States, but this is because of the way Americans prepare and eat them: French fries and potato chips cooked in rancid oxidized vegetable fat and then over salted; or baked and served with additive-laden sour cream and cheese.

4 Replies to “Potatoes: The Humble Food That Tops All Other Super Foods”